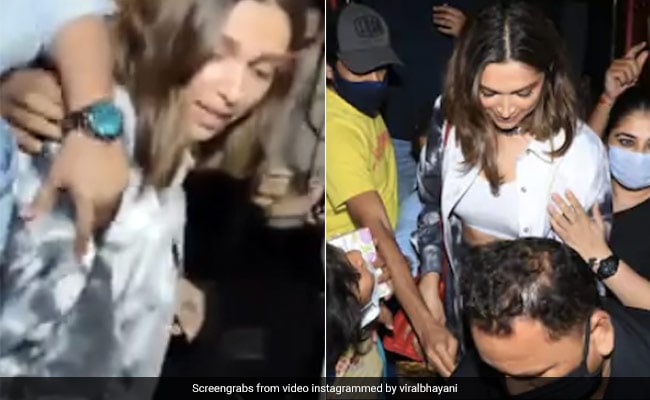 Deepika Padukone is one of the most famous actresses of Bollywood. Wherever she goes, crowds of people surround her. Something similar has happened again with Deepika Padukone. A video of the actress is becoming increasingly viral on social media. As can be seen in the video, Deepika looks very friendly and is moving towards her car. But in the meantime, there was an attempt to pull the bag of Deepika Padukone (Video), which caused a commotion.

Viral Bhayani has shared this video of Deepika Padukone on her Instagram account. It can be seen in the video that the actress was walking out of an outlet, but then along with the photographers came a woman selling a tissue. The woman Deepika was pleading with Padukone to buy tissue. But soon after, the crowd increased and someone tried unsuccessfully to snatch their bags. Fans are reacting fiercely to this video of Deepika.

Talking about the work front of Deepika Padukone, the actress was last seen in the film ‘Chhapak’. In this film, Deepika Padukone’s acting and her character was well appreciated. Deepika won a lot of hearts with her acting as Malti Aggarwal. However, ‘Chhapak’ film could not make much headway on the screen. Apart from this, Deepika Padukone is busy shooting the film with Bollywood actor Siddhant Chaturvedi. The name of this film has not been revealed yet. Also Deepika will be seen in ’83’ and ‘Pathan’.