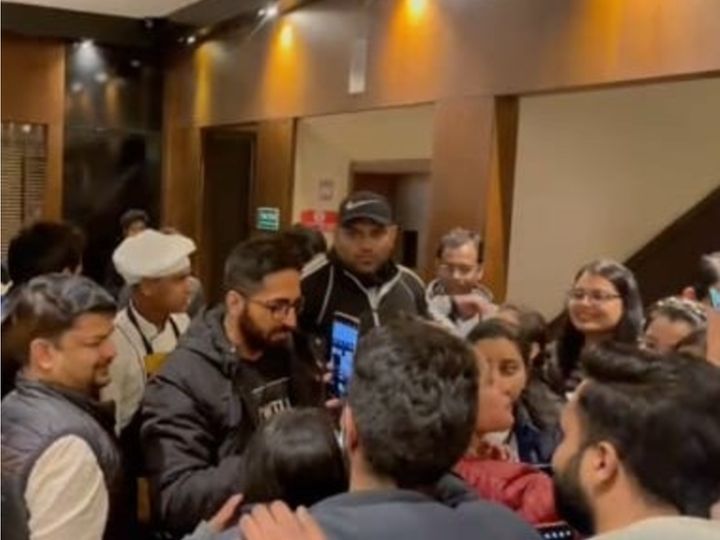 Ayushmann Khurrana is currently shooting for his upcoming film ‘Many’ in Shillong. Meanwhile, around 200 to 250 college students of the city reached their hotel to meet their favorite actor Ayushmann. It is being told that Ayushman was having dinner during this time and as soon as he was informed that some students are requesting to meet him. Ayushman immediately left the food and went to the hotel lobby to meet these students.

An eyewitness from Shillong said, “After finishing the day’s shooting, Ayushman returned to the hotel and started preparing for dinner. Within 15 minutes, around 200 to 250 college students gathered at Ayushman’s hotel and requested to meet him. Ayushman was immediately informed about this. He had put the first morsel in his mouth, but on hearing this he immediately left the food and went to the hotel lobby to meet these students. “

Ayushman met everyone in person
The source added, “Ayushmann told his team that he did not want to make these students wait. He wanted to come down as soon as possible to meet these students so that everyone could reach their homes before it was late. Students too It was astonishing to see Ayushmann come out so quickly to meet him. He liked the warmth and intimacy of this star so much that he started shouting his name. Ayushman met every student in person and photos with him They also pulled it. They really made the evening of these children successful. “ 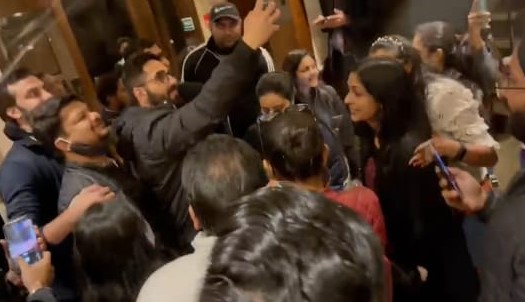 Ayushmann’s fan following grew by 70 percent
According to the Indian Institute of Human Brands Survey, Ayushmann’s fan following has increased by 70 percent. According to this report, Ayushmann Khurrana, famous for his films that convey social change, has also recently been appointed as Unicef’s celebrity advocate for child rights campaign, making him one of the line of stars like former football legend David Beckham Have become.

It is believed that Ayushmann’s social media outreach and his followings among the public will help in raising wider awareness of the risks associated with violence and atrocities against children. The number of his followers, which was 17.4 million in December 2019, has increased by 69.5 percent (on an annual basis) to 27 million in November 2020.