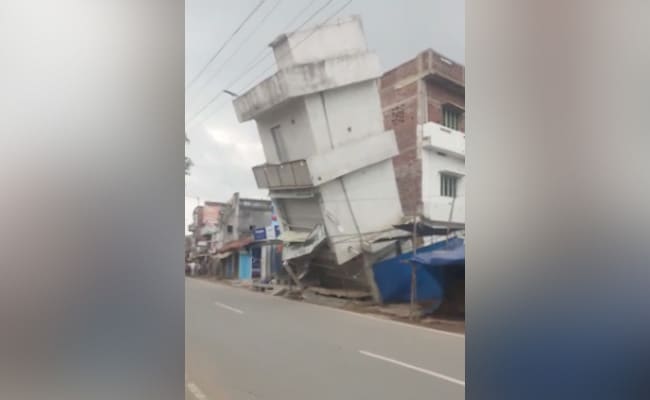 There was chaos due to the collapse of the house.

Bihar Today (Wednesday) a three-storey house on NH-83 in Makhdumpur market area of ​​Makhdumpur police station in Jehanabad district of (Bihar) suddenly collapsed and fell on the road. The biggest thing is that due to the lockdown, there were no people on the road nor vehicles, otherwise a huge incident could have happened. NH-83 got blocked due to house collapse on the road. There is no news of any casualty in this incident.

According to the information received, the atmosphere of chaos has been established after this incident. Eyewitnesses said that there is a clothes shop in this house. The shop is closed due to lockdown. The house is also not very old. This house was built about four years ago.

Suddenly there was a crackling sound from the house, after which the local people stopped the vehicles coming on both sides of the road. Shortly afterwards the three-storey building collapsed. At the same time, NH was completely blocked by the debris of the house. Here, after getting the information of the incident, Makhdumpur reached with BDO, CO Dalbal and engaged in the exercise to remove the debris.

VIDEO: Part of the building collapsed in Mumbai, nearby houses damaged