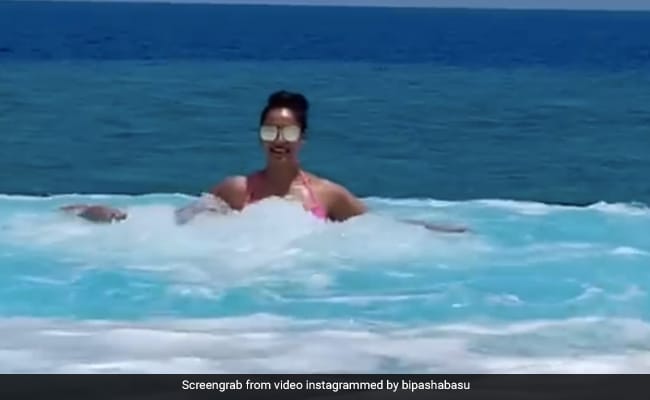 Bollywood’s famous actress Bipasha Basu is spending quality time in Maldives these days. The actress is constantly attracting the attention of fans through her pictures and videos. Bipasha Basu has again shared a video in which she is seen enjoying in the sea. This video of Bipasha Basu Video is becoming very viral on social media. Along with the fans, celebs are also reacting fiercely on the actress’ video.

Bipasha Basu can be seen in this video how she is chilling in the sea. He has described it as ‘heaven’ in the caption. Bipasha Basu has shared the video on Instagram, which has been viewed more than 14 lakh times so far. Bipasha Basu also shared many photos and videos from her Maldives diary with husband Karan Singh Grover among fans, who was in the headlines.