Hrithik Roshan was debuting on the OTT platform this year with a Hindi remake of the British TV serial ‘The Night Manager’. Disney Plus Hotstar was also giving Hrithik a hefty amount of Rs 75 crore for it. But according to the latest reports, Hrithik has pulled out of this project. It is being told that Hrithik could neither give long time nor had dates available for this project. The projects were to be produced by Preity Zinta. But as soon as Hrithik broke away from it, it is currently in cold storage.

2. Vasu Bhagnani, who is bringing the film on the Mahabharata period, saw the logo of ‘Suryaputra Mahavir Karna’
Vasu Bhagnani’s banner Pooja Entertainment on Tuesday released the logo of its upcoming epic film Suryaputra Mahavir Karna. The story of this film will be put in front of the audience from the angle of the brave warrior Karna of Mahabharata period. This is believed to be the biggest project of Pooja Entertainment so far. The film is written and directed by RS Vimal. While the responsibility of writing its dialogues, lyrics and additional screenplays has been entrusted to Dr. Kumar Vishwas. The film will be released in Hindi, Tamil, Telugu, Kannada and Malayalam.

3. The teaser of John Abraham’s ‘Mumbai Saga’ will come today, the film will be released on March 19
The teaser of John Abraham and Emraan Hashmi starrer crime thriller ‘Mumbai Saga’ will be released today. Sharing the new poster of the film, John wrote on social media on Tuesday, “Be prepared for the biggest saga of the year.” This film, directed by Sanjay Gupta, is sharing the screen for the first time with John and Imran. To be released on March 19, the film also stars Sunil Shetty, Kajal Aggarwal and Gulshan Grover. 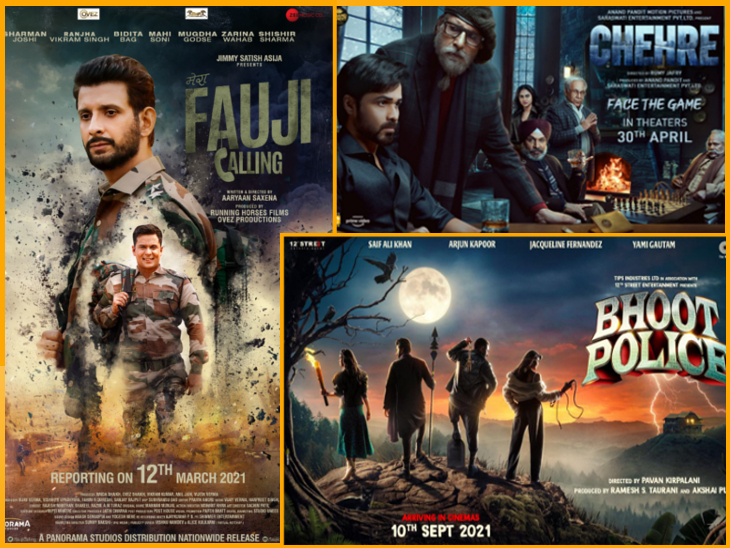 5. Ranveer Singh boarding the ‘Pavri Ho Hai’ train, his version went viral on social media
Ranveer Singh has also boarded the ‘Pavari Ho Hai’ train running fast on social media. A video of him went viral on social media on Tuesday, in which he is with a fan and a box is visible in his hands. In the video, Ranveer is saying, ‘This is our carrot pudding, this is us and this is getting our power.’ The trend came to light after a viral video by Pakistan-based Dananir Mubeen, in which she was seen calling the party a power. After this, many celebs, including Shahid Kapoor to Deepika Padukone, have followed the trend and made videos and shared it on social media.

Aur hum ek baar phir mile 😭❤️ and is baar humne bhot pawri ke😂❤️❤️
Thank you for today baba you made my dad, proud to be your fan always and forever😭✨❤️ #RanveerSingh The man with a golden heart 😭❤️ @RanveerOfficial Thank you for meeting me and planning this🙏🏻😭 pic.twitter.com/ez1PeCK3iE

If “The Coldest Winter Ever” Was Turned Into A Movie, Who Would You Choose To Play These Roles?