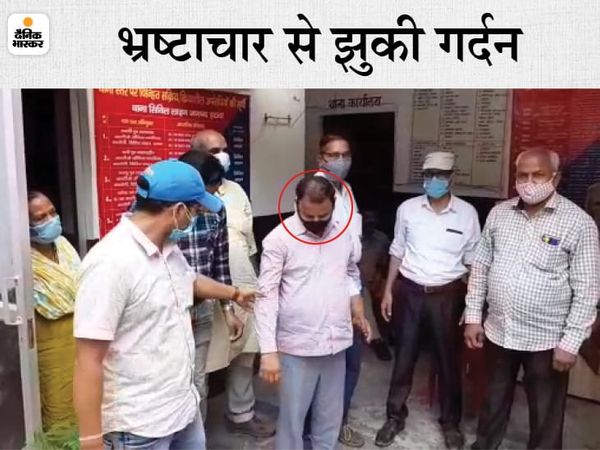 A Lekhpal of Etawah Sadar Tehsil area has been arrested by the Anti Corruption Team with a bribe of Rs 2000. In fact, Tehsil Etawah accountant Arun Kumar had asked for Rs 2000 from the victim to get the land deed done. After the complaint, the team of Kanpur Anti Corruption laid a trap and arrested him taking money.

5 thousand rupees were asked for bribe
Pramod Gupta of Thana Civil Line area said that in December 2020, an application was made in Tehsil Sadar Etawah to add heritage. On which 5 thousand was being demanded by Lekhpal Arun Kumar. After not working for several months, Lekhpal Arun Kumar agreed to take 2 thousand bribes. After which Pramod Kumar went to Kanpur and informed the Anti Corruption Team.

Was posted in Sadar Tehsil for 3 years
Lekhpal was arrested red handed while giving 2 thousand bribes at the SSP intersection in Etawah on Thursday. Lekhpal has been sent to jail after filing a case against Lekhpal in the police station. Sadar Tehsil Lekhpal Arun Kumar was posted in Etawah Tehsil for the last 3 years.