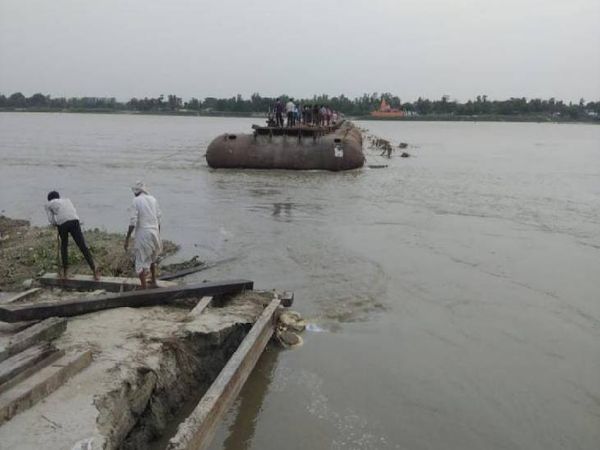 The water in the river increased, the Pipa bridge was washed away.

In the Alapur tehsil area of ​​Ambedkarnagar, the pontoon bridge built on the Kamhariya Ghat of Saryu river got washed away due to sudden rise in the water level of the river. Suddenly the water flowed into the river and the bridge was blocked.

Due to strong currents and erosion, many of the casks flowed far into the river. However, the people of the area somehow saw four pipes on the banks of the river as the pus flowed.

Traffic takes only 8 months from the bridge

The period of movement on this pontoon bridge is from November 15 to June 15, but suddenly the water level of the river increased as more erosion started. Due to which this time the Pipa Bridge built on the river was washed away a month ago.

In this regard, PWD Engineer Gorakhpur said that the pontoon bridge was opened on Tuesday due to the increase in the water level of the river. He said that there is deterioration due to mining around the bridge.