Cyclist coughs and spits at driver as he yells ‘I’ve got Covid!’ during shocking road rage bust-up

Cyclist coughs and spits at driver as he yells ‘I’ve got Covid!’ during shocking road rage bust-up – leaving her with anxious wait for virus test result

By Bhvishya Patel For Mailonline

This is the shocking moment an irate cyclist shouts ‘I’ve got Covid’ to a woman before allegedly coughing and spitting at her during a roadside confrontation.

The woman, who did not want to be named, said she had been out for a drive in Cusworth, Doncaster, South Yorkshire, when the ‘aggressive’ cyclist stopped alongside her and began shouting.

In a short video of the confrontation, a man can be heard shouting ‘Covid, I’ve got Covid’ before allegedly coughing and spitting on the woman.

The woman said she is now awaiting the result of a Covid-19 test to see if she has caught the virus. 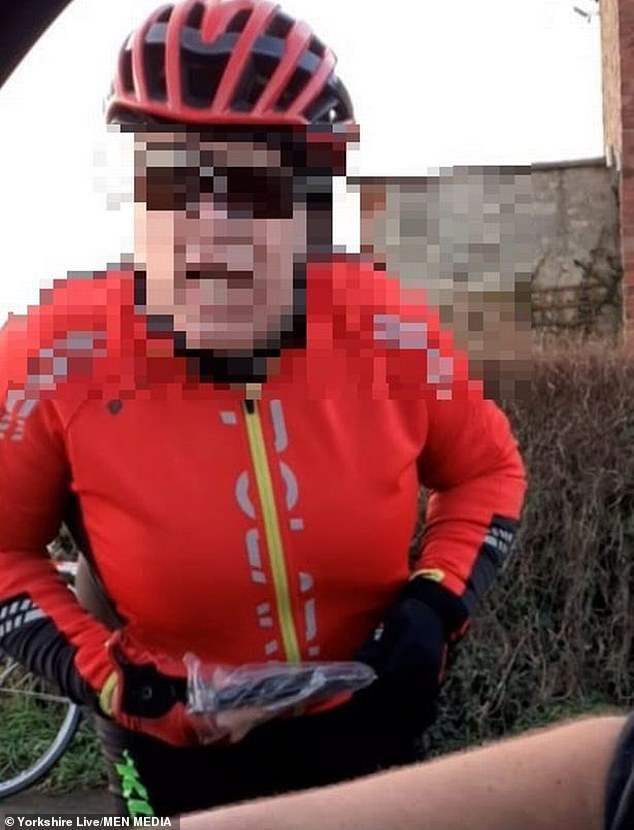 The woman, who was driving through Cusworth in Doncaster, said the cyclist became aggressive and began shouting: ‘Covid, I’ve got Covid’

During the clip, which was filmed at around 3pm on January 12, the cyclist shouts: ‘Covid, I’ve got Covid!.

The woman later explained: ‘I went out for a drive and had to pull over due to feeling sick.

‘The person on the bike then asked if I could pull over down the road so I did, then they started being very aggressive.

‘I was pulled into a lay-by so wasn’t causing any problems to anyone else. But, when they peddled past, they said pull over on the next left.

‘They were already off their bike and they just started shouting, then started recording, so I did the same.’ 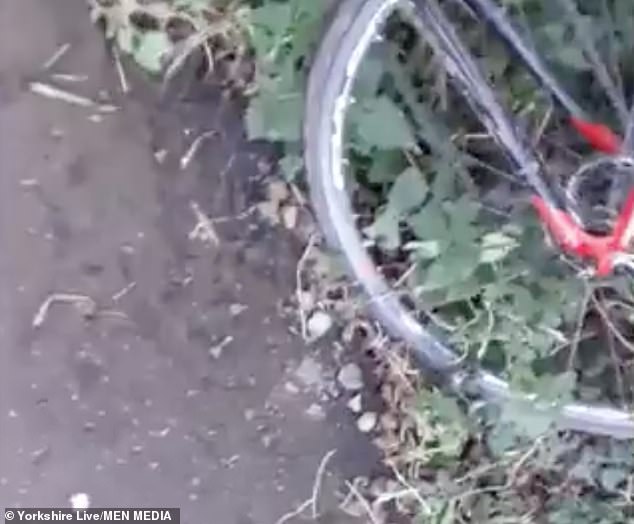 During the short clip, the woman can be heard replying ‘get out of my face then’ before the man allegedly spits at her 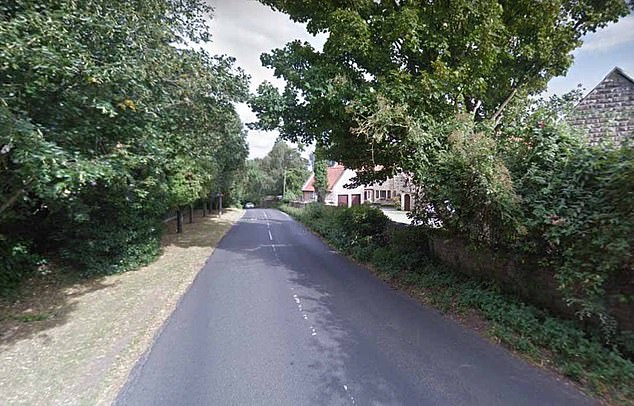 The woman said the cyclist approached her face ‘to the point where their head was touching mine’, before coughing at her and shouting and spitting.

She added: ‘I asked them to get away from me and to back off, but they said ”I have Covid” and coughed in my face then spat all over me.

‘I got back into the car went home and cleaned myself up, ordered a Covid test and rang 101.

‘I’m disgusted. It’s put me off going out now as I just want to be able to leave the house without anything like this happening.’