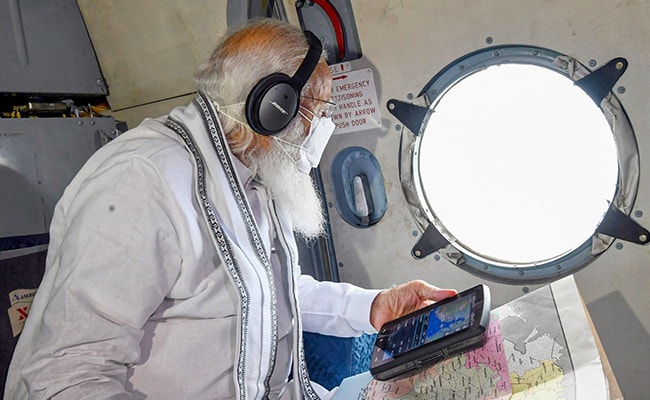 Prime Minister Narendra Modi will visit various areas of Odisha and West Bengal affected by the cyclonic storm “Yas” and will also review the damage caused in both the states. According to information received from government sources, the Prime Minister will first reach Bhubaneswar, the capital of Odisha, where he will hold a review meeting. He will then conduct an aerial survey of the affected areas of Balasore and Bhadrak in Odisha and East Midnapore districts of West Bengal.

The Prime Minister will hold a review meeting in West Bengal before returning to Delhi. Heavy rains occurred after the cyclone ‘Yas’ hit the eastern coasts of the country on Wednesday. During the cyclone, stormy winds at a speed of 145 kmph damaged many houses, flooded the fields.

Four people died in the incidents related to the cyclone while more than 21 lakh people were evacuated to safe places in Odisha, West Bengal and Jharkhand. Three people died in Odisha and one person in West Bengal due to the cyclone. The West Bengal government has claimed that at least one crore people have been affected due to this natural disaster. ‘Yas’ is the second cyclone to hit the shores of the country within a week after ‘Toute’.