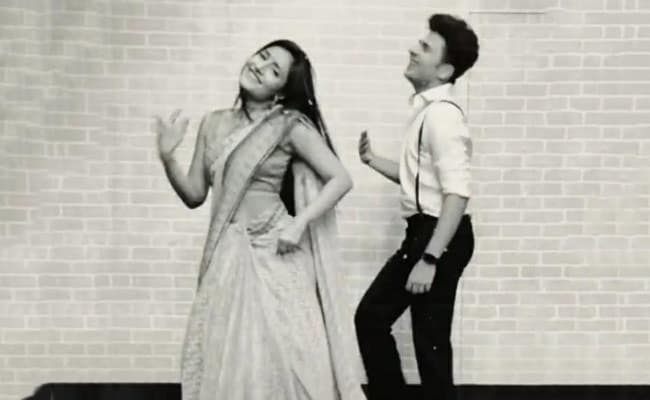 Dhanashree Verma, wife of cricketer Yuzvendra Chahal, is known for her wonderful dance. The videos shared by him quickly become viral. Lakhs of people follow Dhanashree on social media. People like his dance very much and are often seen demanding his dance videos. In this sequence, now a latest video of Dhanashree Verma Dance has surfaced on social media, in which she is seen dancing in a sari to an old song.

Dhanashree Verma Dance Video Verma has shared this video on his Instagram account. Dhanashree has given black and white effect to the video. In the video, she is dancing in a splendid style on Kishore Kumar’s song ‘Ek Ladki Bheegi Bhagi Si’. This video of Dhanashree is being liked by her fans very much. They are giving their respective feedback on this through comments. More than 1 lakh 20 thousand people have seen this video shared just a while back. Commenting on Dhanashree’s video, a user has written, ‘Kabhi dance with Chahal’. So another user writes, ‘Dancing Queen’.

Recently, a video of Dhanashree Verma became very viral, in which she was seen doing a tremendous dance on the song ‘Burj Khalifa’ wearing a red short dress. Let us tell you, last year Dhanashree and Yuzvendra Chahal were in the news for their marriage.