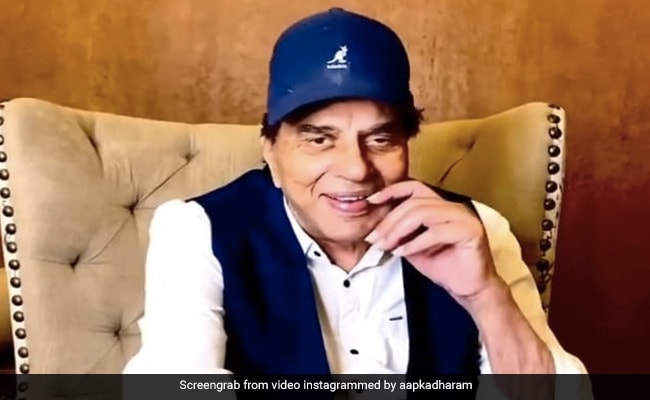 The people of Dharmendra (Dharmendra), known by the name of ‘Hee Man’ of Bollywood, are crazy even today. With his tremendous acting, he has created a special place in the hearts of people. Dharmendra (Dharmendra) is now connected to his fans through social media. He keeps sharing his activities on social media. Recently, Dharmendra shared a video of his farmhouse with fans. In the video, he showed his wheat and mustard fields, which he himself has prepared. Now he has posted another video, which is being liked a lot.

Dharmendra (Dharmendra) has shared this video on his Instagram account. In the video, he is seen singing his favorite song ‘Aisa Leh Le Chal Jahan Koi Na Ho’. This song is from the 1950 film ‘Arju’. The film featured Dilip Kumar and Kamini Kaushal in the lead roles. This song has been sung by Talat Mehmood and written by Majrooh Sultanpuri. The caption with this video shared by Dharmendra reads, ‘Corona is not singing out of fear of virus .. The condition is like this … This is my favorite song filmed in’ Arju ‘on Dilip Sahab in the sweet voice of Talat. is’. His video has received a comment from his daughter Esha Deol and he has created a heart emoji. At the same time, his fans are praising him. One user has written ‘You still look as handsome as possible’, while one has written ‘Kya baat sir ji’, then someone has written ‘Someone should learn from you how to live life’.

Let me tell you, Dharmendra had recently shared a video in which he showed his waving fields. This video of him was well liked by the fans. Talking about his workfront, Dharmendra will soon be seen in the film ‘Apne 2’ along with his sons and grandchildren. In the film Apne 2, three generations of the Deol family will be seen together. The film is expected to be released in 2021.