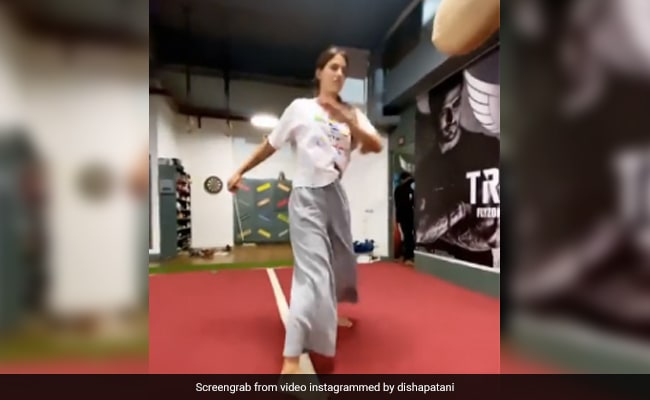 Disha Patani did a dangerous stunt

Disha Patani has shared this video with her Instagram account. In the video, it can be seen how she is showing acrobatics like Tiger Shroff. Along with the fans, celebs are also giving a lot of reaction on the actress’ videos. Let us tell you that Disha shared this video on the occasion of Women’s Day and so far more than 9 lakh views have been received on this video.

Talking about the career of Disha Patani, the actress was last seen in the film ‘Malang’. In this film, Aditya Roy Kapoor, Anil Kapoor and Kunal Khemu played the lead roles with him. Disha Patani will soon be seen in the film ‘Radhe: Your Most Wanted’ with Salman Khan. His film was scheduled to be released on Eid, but due to Corona, the release date of the film was postponed. Apart from ‘Radhey’, Disha Patani has also worked with Salman Khan in India, in which her chemistry was well liked.