This the shocking moment a group of motorists were captured running down a colony of rare birds on a riverbed.

Ten nesting black-billed gulls in the Ashley Rakahuri Regional Park, New Zealand died after being cruelly struck by the motorcyclists and four-wheel-drivers on January 15. 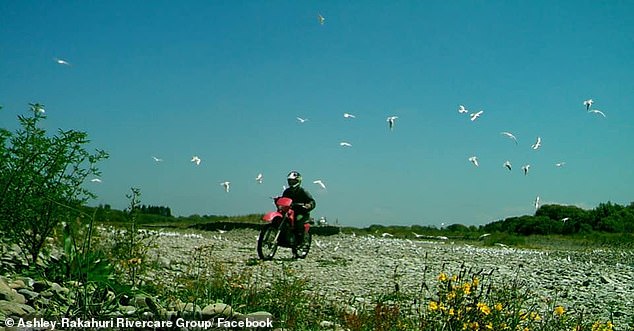 ‘This is extremely disappointing and unacceptable behaviour, and we are exploring what our enforcement options are,’ Ms Hughey told Stuff.

According to Ms Hughey, black-billed gulls are the most threatened birds in the world.

They were Nationally Endangered by the Department of Conservation, but now are listed as Nationally Critical.

‘These beautiful birds are unique to New Zealand, mainly breeding on South Island braided rivers, are ‘nationally critical’ and rapidly declining,’ she said.

‘We work closely with the Ashley Rakahuri Rivercare Group and the community to keep it safe.’ 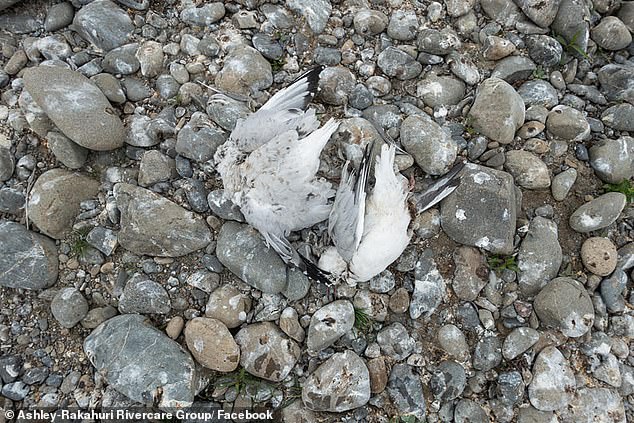 Grant Davey, a member of the Ashley Rakahuri Rivercare Group, was also outraged by the incident.

‘We had cameras set up for predators, but they have not been as much of a problem as people,’ Mr Davey said.

‘It is so disappointing to see after all the work that has been done by us and ECan – blocking off access to the river, putting up signs and the education that goes into it.’

In 2013, a man was charged and sentenced to one month in jail after he drove through a colony of black-billed gulls, destroying their nests. 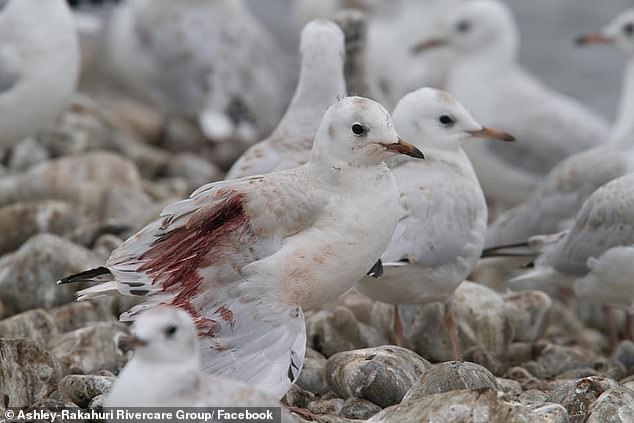 Grant Davey, a member of the Ashley Rakahuri Rivercare Group is outraged by the continuous occurrence of these incidents. Pictured: injured black-billed gulls

Fortunately, Ms Hughey had reported that they have had a successful breeding season for the species recently.

Mr Davey confirmed that this year they had the second-largest black-billed gull colony on the Ashley River in 20 years.

‘The 1278 nests have produced approximately the same number of fledglings (flying chicks) – this is a very good outcome,’ he said.

If the public do see people disturbing colonies they have been urged to contact 0800 324 636. 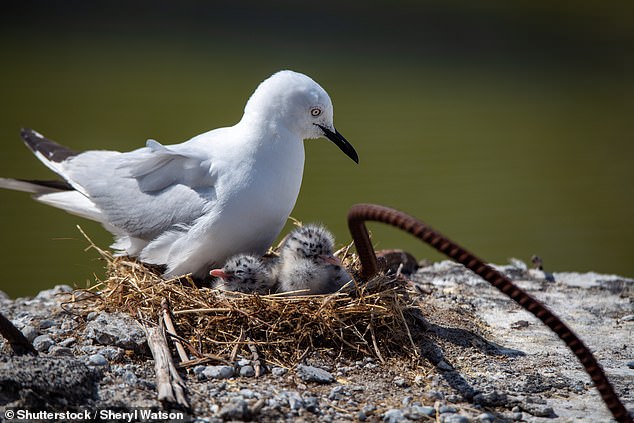 However, there has been a successful breeding season for the gull species (pictured) this year

Pentagon says US has dropped to 2,500 troops in Afghanistan