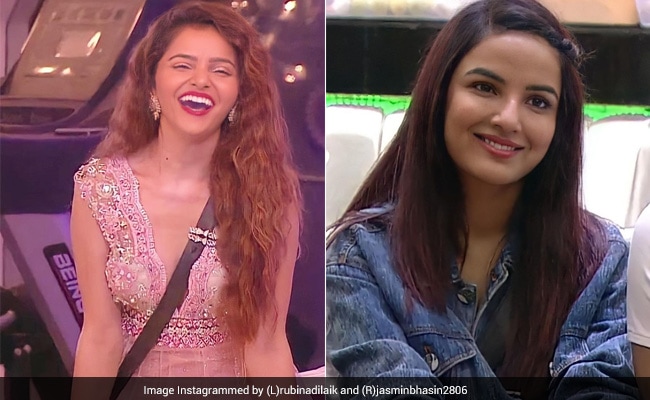 Rubina Dilaik, the winner of Bigg Boss 14, has become a favorite of everyone. The way he played the game in the Big Boss house, it is being praised everywhere. But Jasmin Bhasin’s attitude towards him is also well known. Jasmine Bhasin played a fierce friendship with Rubina Dilac until Ali Goni came on the show. As soon as she got support of Ali, she started fighting with Rubina Dilac. Not only this, the bitterness about Jasmine Bhasin’s Rubina Dilaik appeared throughout the show and it could be felt on the day of Finale. But Rubina played Dilak brilliantly and today she also did a #AskRubi session with the fans. In this session, a fan asked him questions about Jasmin Bhasin. To which Rubina also gave a brilliant answer.

She is a beautiful lady #AskRubihttps://t.co/xnVjJpyCoF

A fan asked Rubina Dilaik, ‘A line for Jasmin Bhasin’, and then the Bigg Boss 14 winner was replying, ‘She is a beautiful woman.’ Not only this, a fan asked Rubina how you speak such a good Hindi, then Bigg Boss 14 Winner spoke- I am the daughter of Hindi litterateur … ‘Anyway, during Bigg Boss 14 Salman Khan first From the day itself, Rubina and her husband Abhinav Shukla were targeted and left no opportunity to target them.