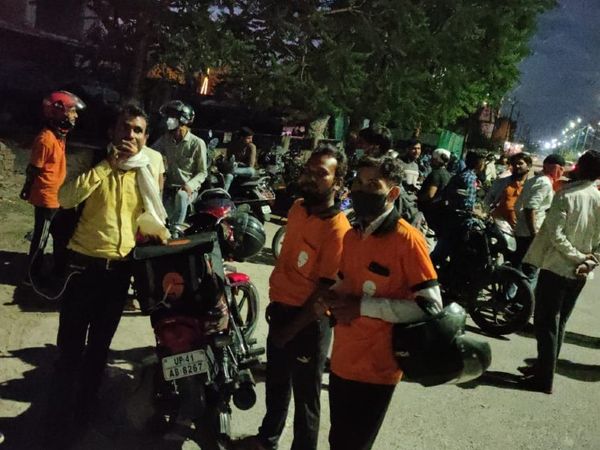 Several employees reached the Gomtinagar police station as soon as they got the news of the fight with the accomplice.

Snatched away 2 thousand rupees as well
The delivery boy Mantu alleges that the man, who hails from Gomati Nagar, canceled the order after reaching the order. When asked the reason, he started abusing and assaulting her. The delivery boy alleges that the customer also snatched Rs 2000 from his pocket. After beating Sathi, employees of the Swiggy Company laid siege to the Gomtinagar police station. The employees allege that the police are also not taking any action in this matter.