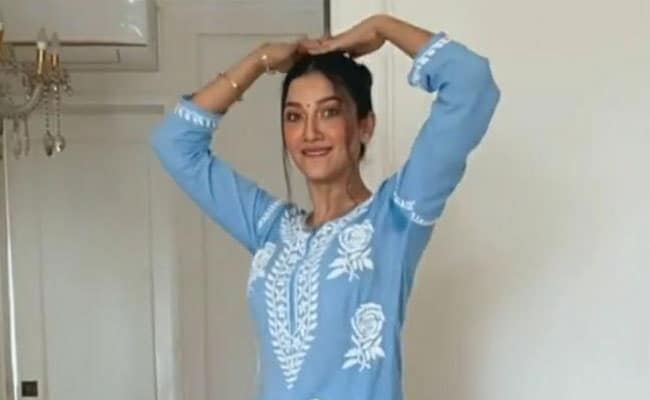 Gauahar Khan keeps sharing some or the other post on social media. She does not let her fans get bored by sharing her pictures and videos. Many times husband Zaid Darbar is also seen supporting Gauhar in her videos. In this sequence, a video of Gauahar Khan Video has surfaced on social media, in which she is seen dancing to the song ‘Bole Chudiyan Bole Kangana’. In this video, Gauhar is dancing in a very beautiful way in a desi avatar.

Gauahar Khan Dance Video, sharing her video on Instagram account, wrote, “I did this trend in my own way. #DesiGirl #soniKittisoni let’s do #remixwithgauahar. Tell me how did you feel??”. Zaid Darbar has also commented on this video of Gauhar. He writes, ‘wow..my desi wifey’. This video of Gauhar is being liked by the fans as well as the celebs. Commenting on the video, a fan wrote, ‘The way you dance, Gauhar… it can be said that you are the best dancer’. At the same time, another user has written in praise of the actress, ‘Lovely as always’.

Let me tell you, a few days ago another video of Gauahar Khan Dance in this dress went viral, in which she was seen giving different expressions on a song. Along with this, he had asked the fans which is his favorite expression among them. This video of Gauhar was also well liked by the people.