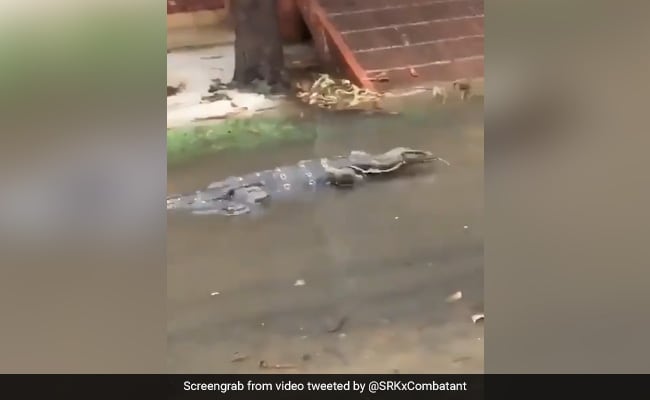 ‘Giant lizard’ seen moving in the water filled on the road, people were surprised to see

In this video that is going viral, you can see that a monitor lizard is running in the water filled on the road. A lot of houses have also been built on the roadside, which shows that this is a residential area. The giant lizard in the water is moving slowly on its way. During this time, this video of him is becoming very fast on social media. At the moment, it is not yet known when and where the video has been shot.

This surprising video was shared by Twitter user @SRKxCombatant on Wednesday and wrote- Bangur Kolkata. Along with this, he has also written #CycloneYass. This video has been watched 39 thousand times so far. Along with this, people are giving different types of reactions by watching this video.