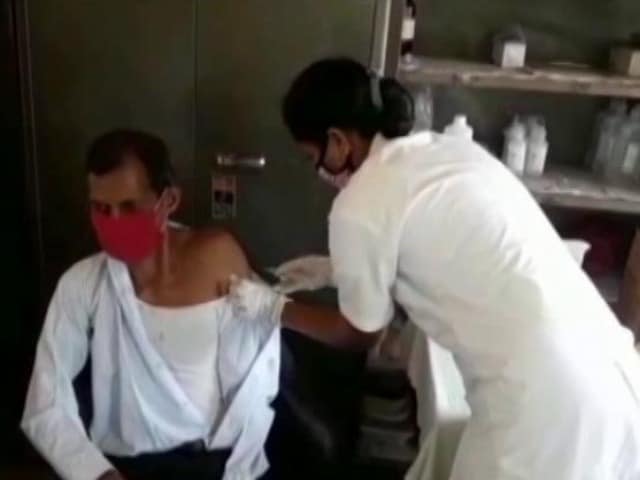 In a government hospital in Siddharthnagar district, a group of villagers from Uttar Pradesh Corona vaccines In response to the controversy over being given a mixed dose of the drug, the center said Thursday afternoon, if a person’s second dose of Kovid vaccine is different from the first, it is unlikely to have any significant adverse effects. On Thursday, at the press conference of the Ministry of Health, the member of the NITI Aayog, Dr VK Paul said, ‘Protocol is clear. The first one should have a second dose. There should be investigation in this matter. He said that if the doses of two different vaccines are applied then the opposite effect will not happen. This scientific opinion has to be seen. The appeal is that the second dose of the person whose first dose is put.

Corona positivity rate fell to one and a half percent in Delhi, 1072 new cases in last 24 hours

Let me tell you that in the Siddharthnagar district of Uttar Pradesh, a case of giving both different doses of vaccine to some people came to light. 20 people of the district got first dose of Kovishield but second dose was given to them by Kovaxin. Due to this cocktail of vaccine, there is an atmosphere of panic among the people. The district CMO had admitted that this mistake was made. The culprits have been identified, action will be taken against them soon.

AMU will conduct UG-PG courses exam in Corona period, paper will be on this date

A villager from Oudahikalan village of Siddharthnagar had told that he and his associates were put on a covishield on April 1 at the district’s Barhani Primary Health Center. On May 14, those people were given the second dose of vaccine. After their vaccination, when the ANM asked for more vaccines, the doctor who issued the vaccine said that those people had got the wrong vaccine. The villagers who got the wrong vaccine are now afraid of something untoward.

Monclonal antibodies started to be used in India, treatment of Kovid with single dose of 60000