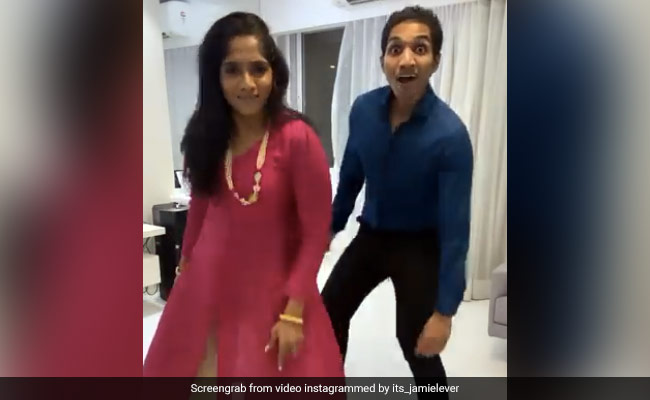 Jamie Lever, the daughter of Bollywood’s famous comedian Johnny Lever, is constantly creating social media through her post. Jamie Lever has again shared a video of her, in which she is dancing with her brother Jesse Lever on the popular songs of superstar Thalapathy Vijay on Vaathi Coming Video. Huh. This video of Jamie Lever Dance is becoming very viral.

Jamie Lever and her brother Jesse Lever shared their dance video on Instagram. In the video, the brother-sister duo are doing amazing dance. The videos of both have been viewed more than 5 lakh times. Fans are praising her dance video fiercely. Let me tell you that Vaathi Coming Video is the song of the recent film ‘Master’ by Song Thalapathy Vijay. A lot of videos are being made on this song.