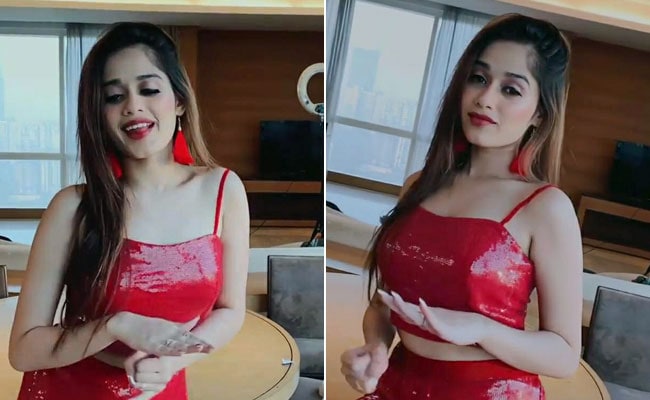 Jannat Zubair is a famous TV actress. At a very young age, Jannat has gained a lot of popularity. The number of fans of Jannat Zubair is also in crores. At the same time, the actress is also very active on social media and shares her photos and videos for her fans. Meanwhile, a video of Jannat Zubair Dance has started going viral, in which she is seen dancing to the song ‘Jalebi Baby’ wearing a red colored shimmery dress.

Jannat Zubair Video has shared this video on its official Instagram account, which is being liked a lot by the fans. The look of Jannat in this video is worth watching. With a red shimmery dress and big red earrings in her ears, Jannat is looking no less than a hoor angel. Jannat’s dance moves are also worth watching in the video. There are fierce reactions from social media users on this video of Jannat. Commenting on her video, a user wrote, ‘You are looking very beautiful in this outfit’. So on the other hand, another user has called Jannat ‘Lal Pataka’.