Bollywood actress Manisha Koirala may be away from the film industry, but she often stays in touch with her fans through social media. Every day the actress is seen sharing new posts on her social media account. In this sequence, Manisha (Manisha Koirala Photo) has shared a photo of her first photoshoot on her Instagram account, which fans are very fond of. Along with the fans, Bollywood stars are also commenting on this picture of Manisha. This picture of Manisha’s first photoshoot has stolen the hearts of people.

In the photo shared by Manisha Koirala Video, she is seen in less makeup and short hair. This is a black and white photo. Sharing the photo, Manisha wrote in the caption, “Throwback… my first photoshoot”. Comments from celebs like Dia Mirza, Lisa Ray, Shruti Haasan and Ayushmann Khurrana have come on this post of the actress. They are showering a lot of love on this photo of Manisha. Especially Ayushmann Khurrana liked this photo of Manisha so much that he put it on his Instagram story and wrote, “A story of praise to Manisha Koirala”. 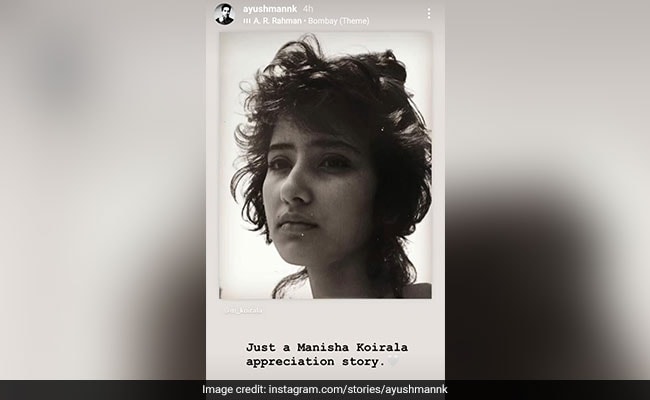 At the same time, the fans of Manisha (Mnaisha Koirala) are also not tired of praising this photo of her. Commenting on the photo, a user wrote, “You are an example of beauty”. Let me tell you, Manisha started her career with the 1991 film ‘Saudagar’. Some of his memorable films are ‘1942: A Love Story’, ‘Bombay’, ‘Akele Hum Akele Tum’, ‘Khamoshi’.