Matt Hancock today announced he is self-isolating after being ‘pinged’ by the NHS app – days after he was spotted out twice in busy London parks.

The Health Secretary said he will be staying at home until Sunday after receiving the notification. Mr Hancock had Covid last year, but even those who have been infected before must isolate.

He tweeted today: ‘Last night I was alerted by the @NHSCovid19app to self isolate so I’ll be staying at home & not leaving at all until Sunday. We all have a part to play in getting this virus under control.’

Mr Hancock was spotted out in busy London parks twice over the weekend playing rugby with his sons, despite Boris Johnson entreating the public to stay at home as much as possible. Taking daily exercise is permitted.

READ MORE  Study revealed- it can be found 2 weeks before working, information of Kovid-19 outbreak

He hosted a press conference last night with medical chiefs Susan Hopkins and Stephen Powis. Under the rules, they are not expected to have to self-isolate unless Mr Hancock is confirmed as positive with the virus. 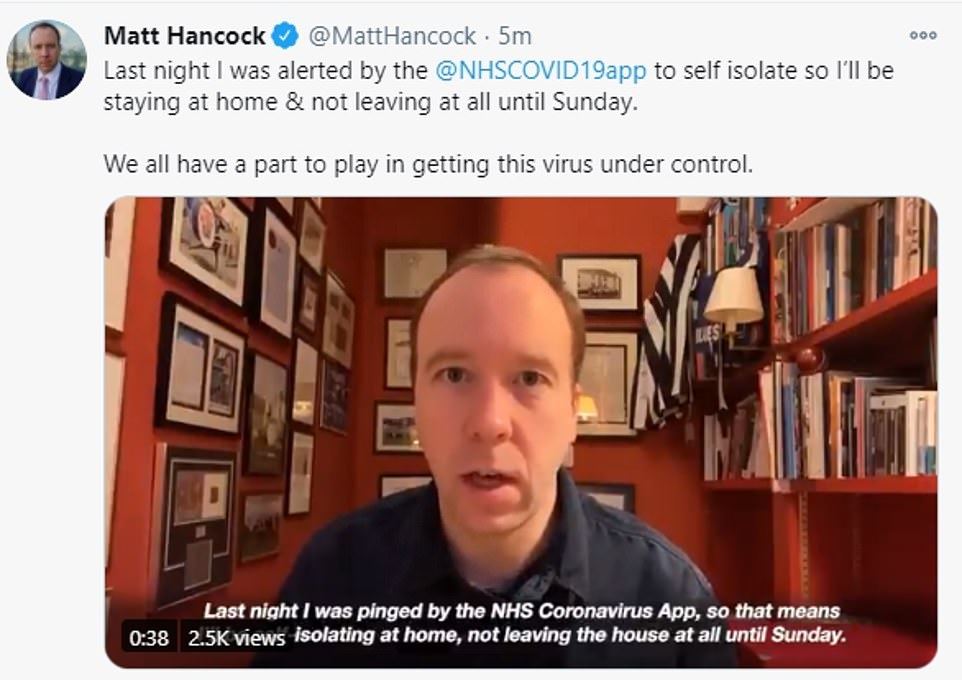 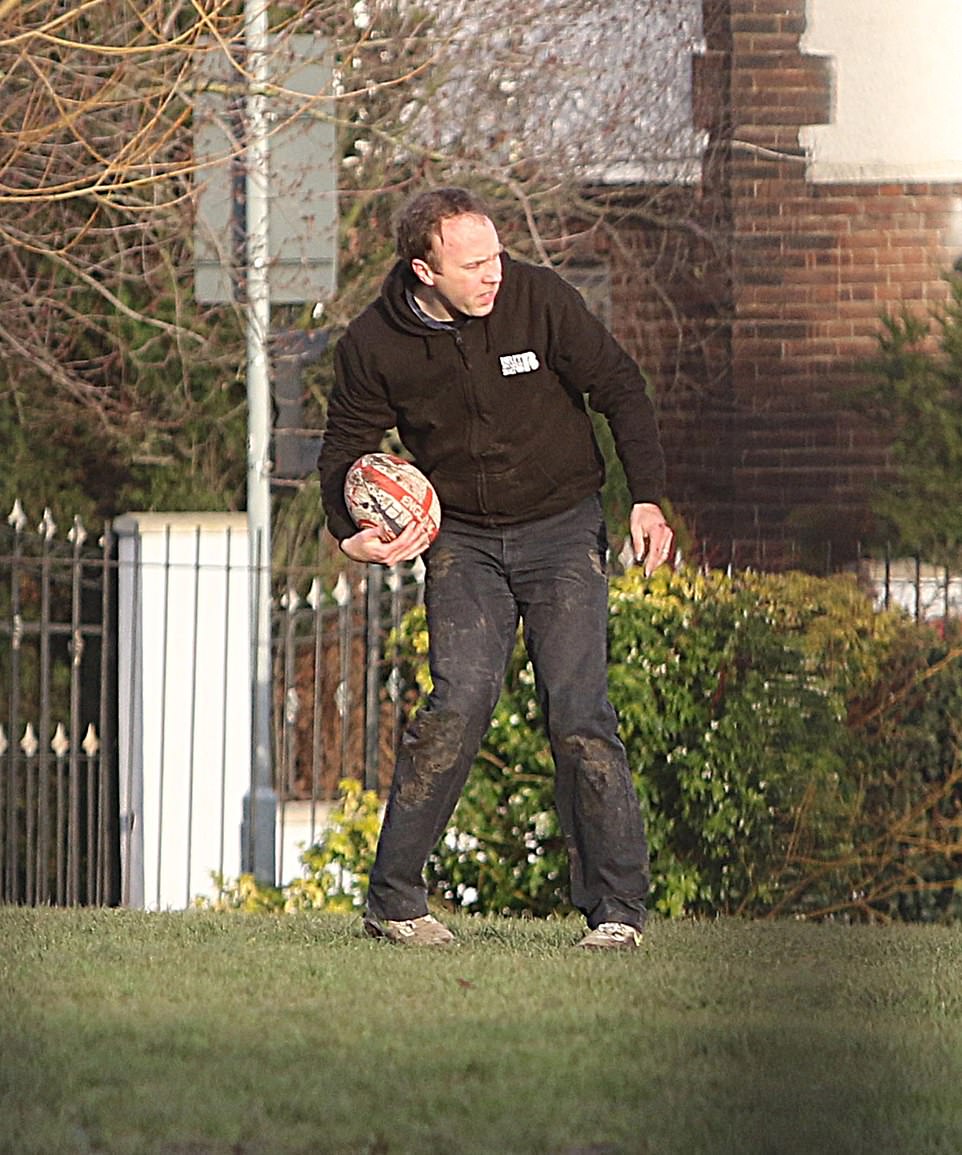 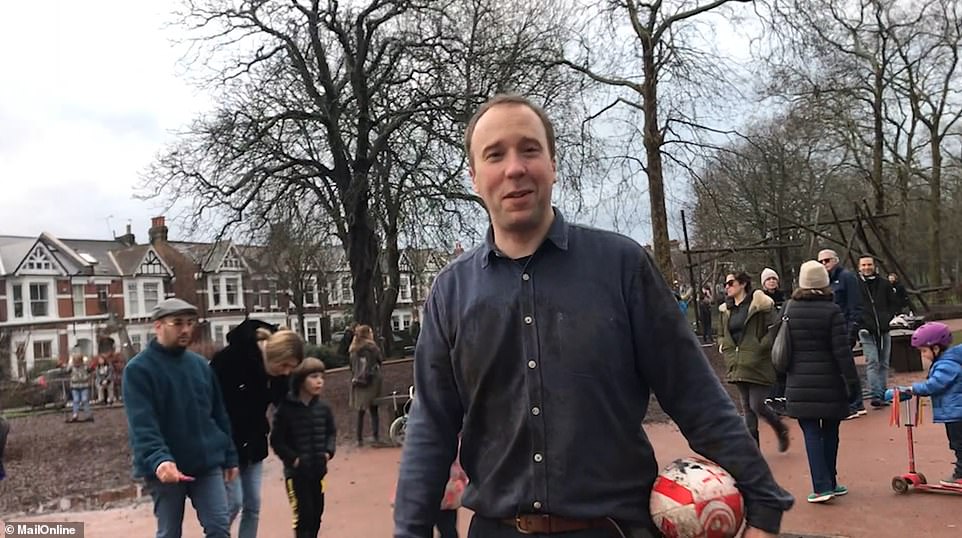 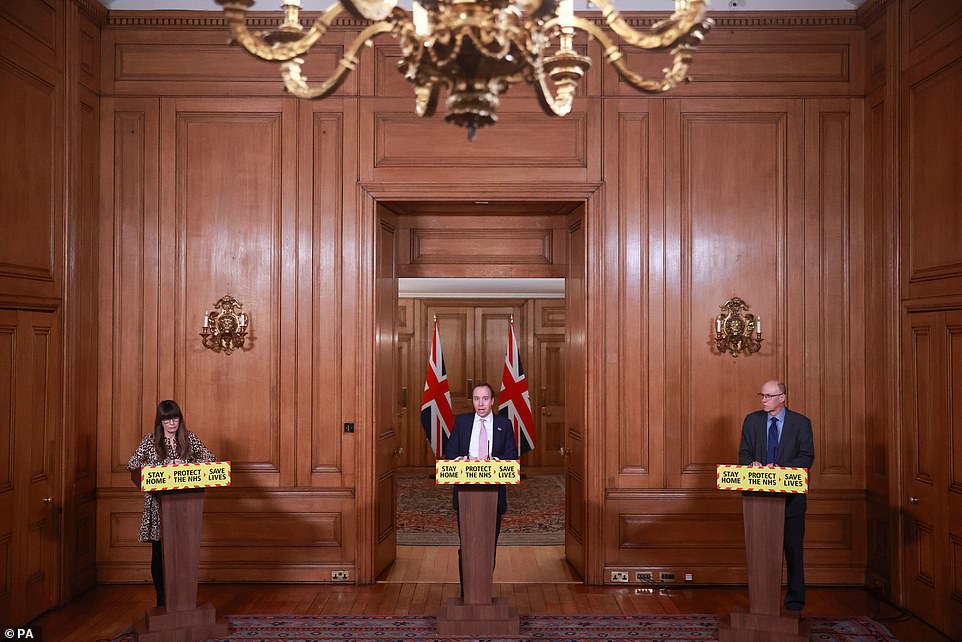 The app alert is trigger when it detects you have come into close contact with someone who later tests positive, but it is understood Mr Hancock does not know that was.

Boris Johnson – who had coronavirus at the same time as Mr Hancock last spring – has also since been forced to self-isolate after coming into contact with a Tory MP it later emerged was infected.

In a video posted on Twitter from his home, Mr Hancock said: ‘Last night I was pinged by the NHS coronavirus app, so that means I’ll be self-isolating at home, not leaving the house at all until Sunday.

‘This self-isolation is perhaps the most important part of all the social distancing because I know from the app I’ve been in close contact with somebody who has tested positive and this is how we break the chains of transmission.

‘So you must follow these rules like I’m going to. I’ve got to work from home for the next six days, and together, by doing this, by following this, and all the other panoply of rules that we’ve had to put in place, we can get through this and beat this virus.’