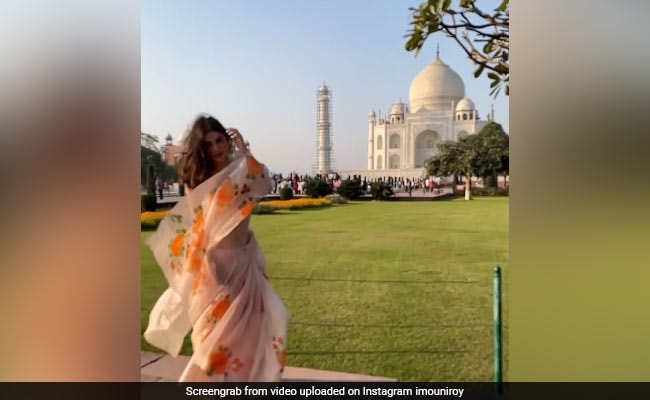 Actress Mouni Roy, who reached Bollywood by creating a boom in the TV industry, is known for her style and style. He has left no stone unturned to make a place in the hearts of people with his acting. But these days, she is also very much discussed about her style. Recently Mouni Roy has shared a video, in which she is seen in her glamorous style in front of Taj Mahal. This video of Mouni Roy Video is becoming very viral.

Mouni Roy has shared this video in his Instagram account, which has so far been liked more than 45 thousand times in 1 hour. Mouni is seen wearing a sari in the video. In the video, Mouni Roy is seen posing with her hands folded, looking towards the camera. During this, Mouni Roy’s look and style deserve praise.

Talking about the work front of Mouni Roy, just a few days ago, his web series ‘London Confidential’ was released, in which his work was also liked. Mouni Roy Starrer This series is full of crime and thriller. Talking about the Bollywood career of the actress, she ventured into the film world with Akshay Kumar’s film ‘Gold’. The actress also appeared in the film Made in China, in which she played the lead role with actor Rajkumar Rao. Mouni Roy will also be seen in the film ‘Brahmastra’ with Ranbir Kapoor.