Mouni Roy shared the video of the bride’s dress, fans said – have you got married? 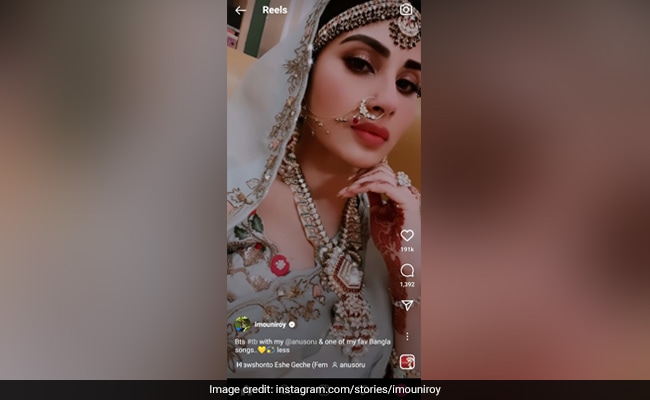 Mouni Roy is dominating the internet due to her style and glamorous photos. He has a good fan following on social media. Fans eagerly wait for their latest post. From TV to Bollywood, a video of actress Mouni Roy Video, who has made her own identity, is becoming increasingly viral on social media. There is no doubt that in this video, Mouni Roy is looking no less than a nymph. But there is one such thing present in this video which definitely seemed to bother his fans.

It can be seen in the video that Mouni Roy is wearing a full embroidered lehenga of off white color. Also, heavy jewelery and nude makeup are making her look absolutely perfect. Bengali music is playing in the background of this video. On this video of Mouni Roy, the fans are fiercely looting love. This video has been viewed more than 1 million times. One user commented on Mouni’s video and wrote- ‘Mouni is looking very beautiful.’ At the same time, another user commented, ‘Are you married?’

Let us know that Mouni Roy was seen in her latest song ‘Thin Kamariya’. As soon as its release, this song was popular on social media. She will now be seen opposite Alia Bhatt and Ranbir Kapoor in her upcoming film ‘Brahmastra’. Mouni was last seen in the web series ‘London Confidential’. In which his performance was well liked.

Good News! ‘The Kapil Sharma Show’ starting from this day, Comedy King will be seen in a new avatar