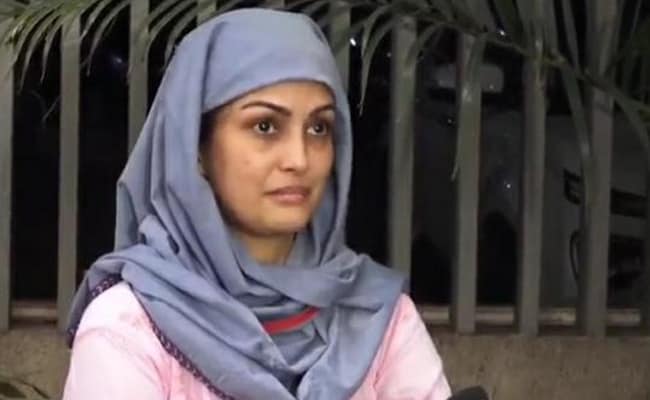 Famous TV actor Karan Mehra has been accused of assault by his wife Nisha Rawal and due to this, Karan was arrested and released on bail, but now Nisha Rawal held a press conference. She has made serious allegations of domestic violence against her husband. Not only this, Nisha Rawal has also told that the real reason for the dispute between them is Karan’s extra-marital affair.

Woopla has shared the video of Nisha Rawal’s press conference from her Instagram account, in which Nisha’s head injury is also visible. Nisha, who is seen very upset in the video, told that Karan was cheating on her for a long time, but she came to know about the truth only a few months ago after reading her message. Along with this, Nisha also claimed that she has seen both of them together. According to Nisha, to save her husband’s image, she did not let it become public, but after refusing to have a relationship with Karan, the matter reached to divorce.

Nisha Rawal Video said that she was ready for divorce, but still when she tried to save the relationship, Karan was not showing any interest in it. According to him, Karan did not even want to take the responsibility of the child. Nisha said that when he tried to talk to her, he became violent and he also assaulted her. During this, Nisha also showed pictures of the injuries sustained in the fight.

Nisha told that on the night of 31 May, she tried again to talk to Karan about the future of their relationship, but first he got up and left and after coming back he grabbed his head and hit him on the wall, so that Blood started pouring out of his head. If Nisha (Nisha Rawal Interview) is to be believed, then Karan also tried to strangle her. After all this incident, Nisha lodged a complaint with the police.