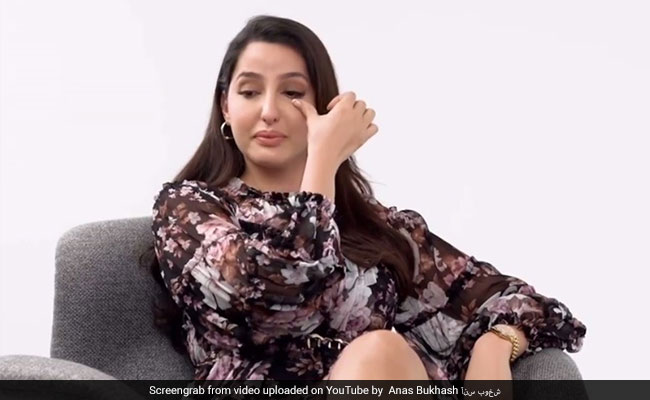 Bollywood actress Nora Fatehi has recently given an interview to Dubai’s famous YouTuber Anas Bukhash and in this interview, he has spoken openly about his struggle in Bollywood. Not only this, how things got completely opposite for him after coming to India and even his passport was lost. Not only this, Nora Fatehi’s tears also spilled during the interview. Nora Fatehi said, ‘I was very excited and I felt as if I would come to get a limousine car as soon as I reached India, I would get a suite and I would go to audition in a great way. But nothing like this happened. After this, a series of startling events started.

Nora Fatehi told that on coming to India she had to stay in a room with 8-9 girls and she was very vicious. Not only this, my passport was also stolen. Despite all this, I did not want to go back. He said, ‘If someone tells me first that you will find bad people, they will steal your passport, you will be sent back to your country, you will go back to Canada and people will laugh at you. How can you go from a developed country to a developing country? You are going back to India, you are going to fight the war, you will learn the language, and you will meet those people who will laugh in your mouth.

Nora Fatehi said that not only that, during the audition, people used to make fun of him on his mouth. He used to get angry on this matter that at least he would have waited for me to leave. In this way, he has talked about his struggle in detail in this video. Nora Fatehi has also appeared in Bigg Boss and her songs have become guaranteed to be a hit in Bollywood.