OnePlus 9 and OnePlus 9 Pro are getting the OxygenOS 11.2.2.2 update that brings system-level optimisations as well as some tweaks to the Dark Mode and the camera app. This is the second major update since the India launch of the handsets on March 23. It is not known whether the latest updates are being rolled out only in India, or in other regions (Europe and North America) as well. The phones come equipped with the Qualcomm Snapdragon 888 SoCs, and run on Android 11 with OxygenOS on top. 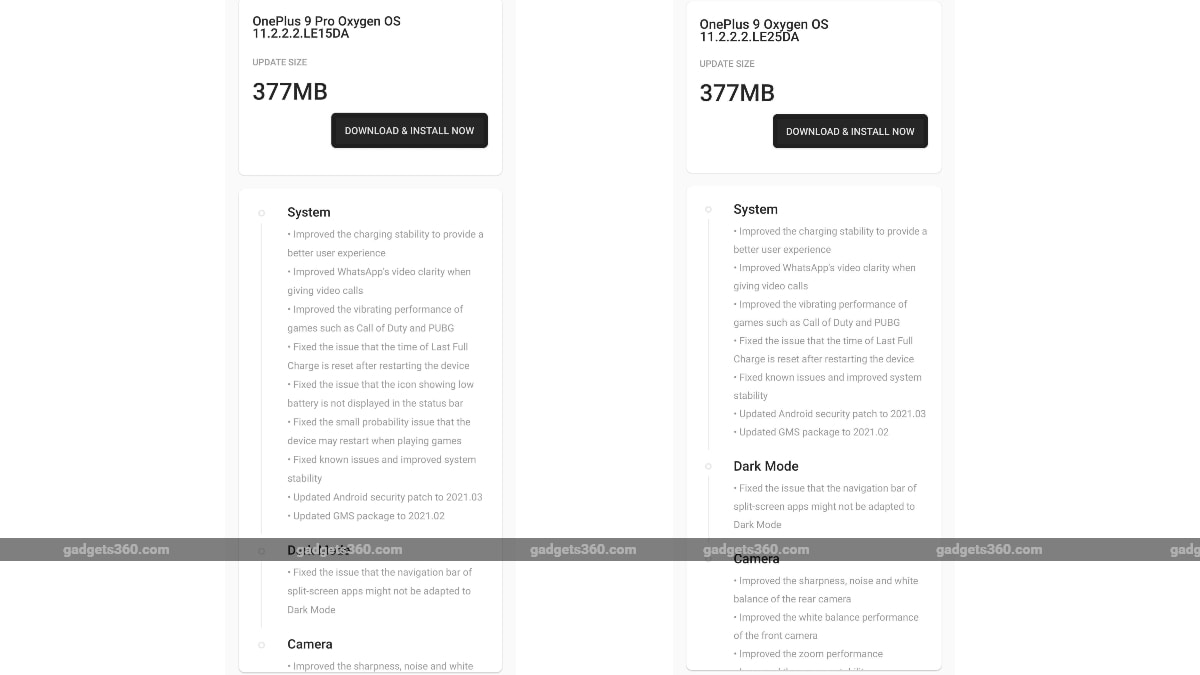 The update for OnePlus 9 and OnePlus 9 Pro improves system stability and brings the March 2021 Android security patch. The Google Mobile Services (GMS) pack has also been updated. As per the changelog, the update optimises the charging stability, WhatsApp video clarity during video calls, and vibrating performance of games such as Call of Duty: Mobile and PUBG Mobile.

Dark Mode tweaks OnePlus 9 and the OnePlus 9 Pro include fixing an issue in which the navigation bar of split-screen apps did not adapt to Dark Mode. Camera-related updates include improving the rear camera’s sharpness and white balance as well as zoom performance. The white balance of the front camera has also been improved.

Orbital, the Gadgets 360 podcast, has a double bill this week: the OnePlus 9 series, and Justice League Snyder Cut (starting at 25:32). Orbital is available on Apple Podcasts, Google Podcasts, Spotify, and wherever you get your podcasts.

Affiliate links may be automatically generated – see our ethics statement for details.