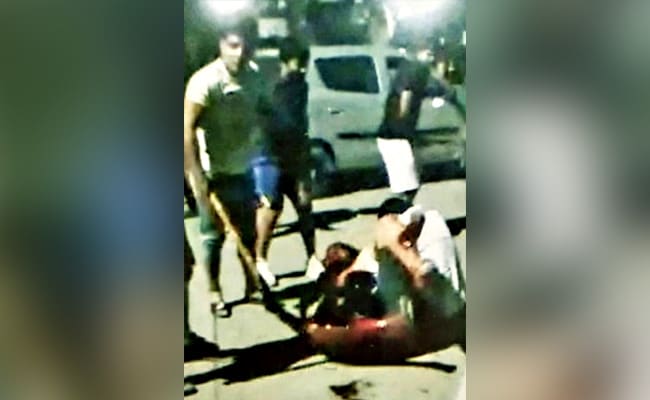 Sushil Kumar was seen beating the wrestler in the video screengrab.

Olympic medalist Sushil Kumar does not seem to have any difficulties. Now the screengrab of a video of him and his friends beating the wrestler with sticks has surfaced. In this picture, the ground wrestler is seen lying on the ground soaked in blood. The wrestler later died due to severe beating. Sushil Kumar was arrested in the murder case last week. Police has said that Sushil Kumar had made a video of the incident with his friend to make his dominance. In this picture, 23-year-old Sagar Ratna, an injured wrestler, is seen lying on the ground. While Sushil Kumar and three others surrounded him.

According to the police, Sushil Kumar and his friends beat Rana and his two friends at Chhatrasal Stadium in Delhi on 4 May. All three had to be hospitalized. Rana later died due to injuries. Police told the court last week, “Sushil asked (his friend) Prince to make that video. He and his colleagues beat the victims like animals. He wanted to establish his fear in the field of wrestling. . “

Police have said that the video of the beatings of Sushil Kumar and his friends with the wrestler was made to share in the local wrestling circuit and prove his dominance. On 18 May, Sushil Kumar approached Delhi’s Rohini court, seeking protection from the arrest, claiming that the investigation against him was biased and that the victim did not suffer any injury. The court, however, dismissed his anticipatory bail plea, stating that he was “prima facie the main conspirator” and the charges against him were of a serious nature.