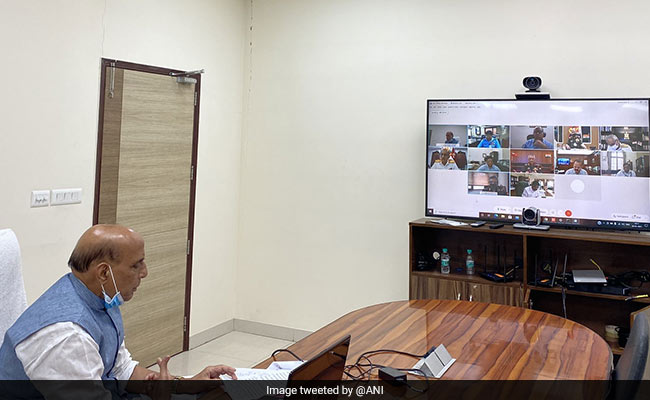 Union Defense Minister Rajnath Singh on Thursday launched an online service to provide medical advice to armed forces personnel and ex-servicemen, so that they can get medical services without any hassle. Singh said that along with reducing the burden of hospitals through online OPD i.e. outpatient platform, quality health services will be ensured in remote areas. Launching this service in the online program, the Defense Minister said, “This very important step has been taken in this critical time for the health of the soldiers.”

Referring to the Corona virus crisis, the Defense Minister said that the second wave of infection is not only unexpected but also very dangerous than the first wave. He said that the armed forces have contributed significantly in the efforts to deal with the global epidemic in the country.

Singh said that the central government is constantly monitoring the situation and is also making efforts to improve the supply of medicines, medical oxygen and other equipment through high level committees and a group of ministers. The defense minister also referred to ‘2-deoxy-D-glucose’ (2-DG) developed by the Defense Research and Development Organization (DRDO) leading laboratory ‘Institute of Nuclear Medicine and Allied Sciences’ (INMAS) for the treatment of corona virus. did. It has been developed in association with Dr. Reddy’s Laboratories of Hyderabad.

If not vaccine, not salary, Chhattisgarh official gave clarification after creating ruckus

He said that the results of this drug are very good. Earlier this month, the DRDO approved the emergency use of the drug for the treatment of patients with moderate and severe symptoms of the corona virus. Singh said, “I am happy that 10 thousand pouches of medicine are coming in the market today.” This drug comes in the form of powder, which is mixed with water and drunk.