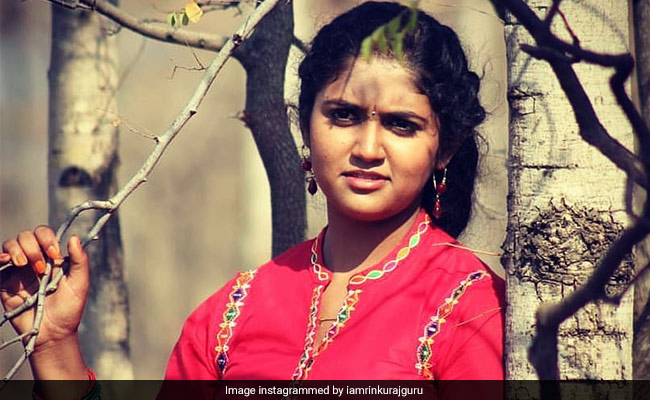 Rinku Rajguru has also appeared in the web series

Very few people are destined to become a star overnight. Rinku Rajguru is one of such few selected people. It is hard to imagine that the girl, whom the neighbors barely even knew, a few days later the same Rinku had to accompany the security guards to give the exam. Rinku, a resident of Akluj in Solapur district of Maharashtra, had no connection with films or the film world. Once Nagraj Manjule, the famous director of Marathi films, had to go to Solapur in connection with some work. Rinku was also among the eager to meet a famous person like Nagraj Manjule. Nagraj was currently looking for a girl from a rural setting for his upcoming film. On seeing Rinku Rajguru Instagram, she felt that she was perfect for the role of the heroine in her film. Rinku was auditioned in a hurry and she was selected for the film ‘Sairat’.

The film ‘Sairat’ was more successful than anticipated. This film not only raised the flag of success in Maharashtra, but also outside Maharashtra, the film made a lot of noise. Rinku Rajguru was now recognized in every household of Maharashtra. The film was remade in many languages. In Bollywood too, the film ‘Dhadak’ based on the same plot was produced with Jhanvi Kapoor and Ishaan Khattar.

Rinku has also seen a lot of changes since ‘Sairat’ released in 2016. Rinku, who hails from a small village in Solapur during Sairat, is now quite active on social media. Dressed in western and modern dresses, Rinku is also very much liked by her fans. Rinku Rajguru’s next film is ‘Jhund’ which also stars Amitabh Bachchan.