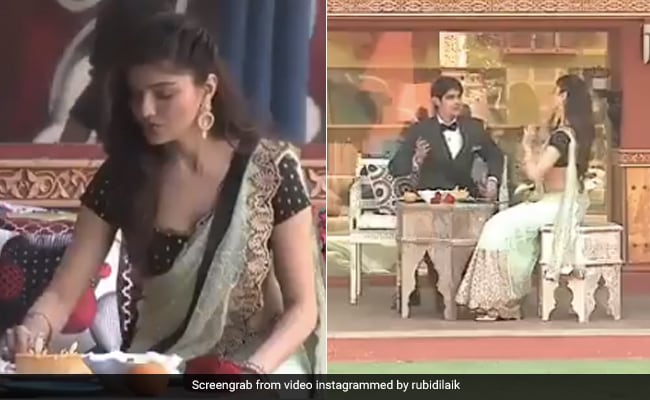 He he …. thank you https://t.co/JXKaQFLXpB

Rohan Mehra has wanted to remind Rubina Dilaik of something along with posting this video. In the caption of the video, he wrote: “Look what Rubina Dilac got me. It’s from the 10th season of Bigg Boss .. Nono this is not a funny incident from Bigg Boss house. Now I’m sure you know what I want to tell you Trying. Very happy for you. Congratulations once again for winning the Big Boss trophy. ” On the video of Rohan Mehra, Rubina Dilac also reacted by writing thank you.

In the video shared by Rohan Mehra, it can be seen that he is sitting with Rubina Dilaik and talking about the rules of Bigg Boss. Let me tell you that Rubina Dilac is celebrating her winning moment with close people these days. Recently some pictures of her party were revealed, in addition to Rubina and Abhinav, the attendees included artists like Srishti Roode, Sharad Kelkar, Kirti Gaikwad. Let me tell you that Rubina Dilac defeated Rahul Vaidya (Rahul Vaidya) and won the Big Boss 14 trophy.