Jul 22, 2021
READ MORE  Abhinav Shukla did something angry to Rubina Dilaik, Neha Kakkar and Rohanpreet said this in a comment - watch video 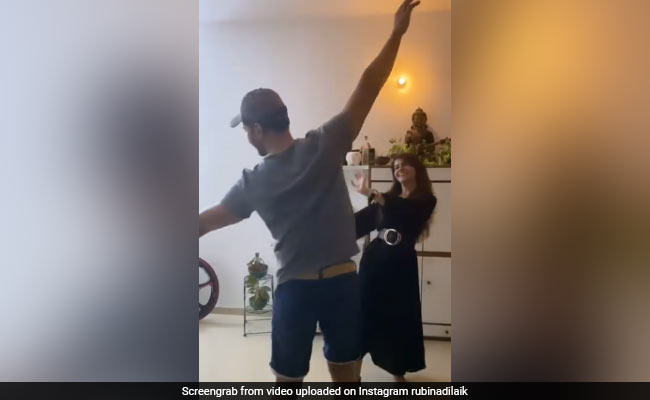 Rubina Dilaik, the winner of Bigg Boss 14, is quite active on social media these days. She is making a lot of noise with her new activity. Rubina Dilaik has recently shared a video, which is becoming very viral. In the video, Rubina Dilaik is seen performing a hill dance on the hill song. Not only this, her husband Abhinav Shukla is also seen doing a hill dance with her in this video. Jugalbandi of husband and wife is worth watching in this video. Not only this, the fans are also strongly investigating this video.

Rubina (Dilaik) has shared this video on her Instagram. Fans are giving a lot of reaction to their style. After winning the title of Bigg Boss 14, Rubina Dilayik is in Mumbai these days with her husband Abhinav Shukla. She is sharing videos from here. Even before this, Bigg Boss 14 did a hill dance with the other contestants living in the house, whose videos became very viral on social media.

Please tell that Rubina Dilaik (Rubina Dilaik) is playing the character of Kinnar in the TV show ‘Shakti Astitva Ke Ehsaas Ki’. Rubina’s name is Soumya in this serial. Let me tell you, Rubina started her TV career with the TV show ‘Chhoti Bahu’. In this show, Rubina played Radhika and she became very famous. Apart from ‘Chhoti Bahu’, Rubina has also been a part of the show ‘Jini and Juju’. Rubina is widely appreciated for her role of Soumya in her serial ‘Shakti’.