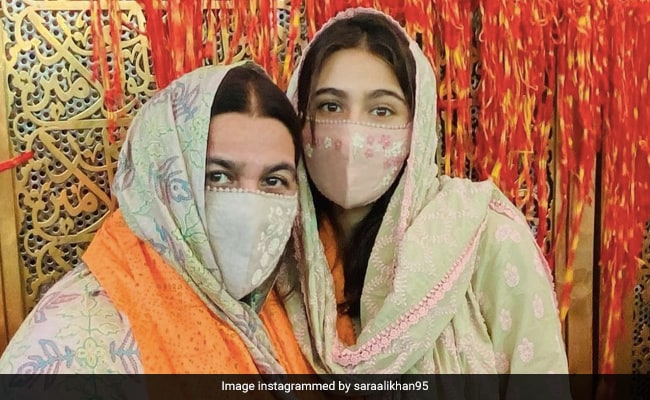 Sara Ali Khan reached Ajmer Sharif Dargah in Rajasthan on Friday with her mother Amrita Singh. Love 2 actress (Sara Ali Khan) has shared photos from her Instagram account, in which both are seen outside Ajmer Sharif. While sharing the photo, Sara Ali Khan wrote in the caption – ‘Jumma Mubarak’. The viral picture of mother and daughter is being liked on social media, because the twinning of both of them is worth seeing. Both are seen in pastel green outfits. In the photo getting viral, both of them have masks on their faces. More than 15 lakh likes have come on this photo of Sara. 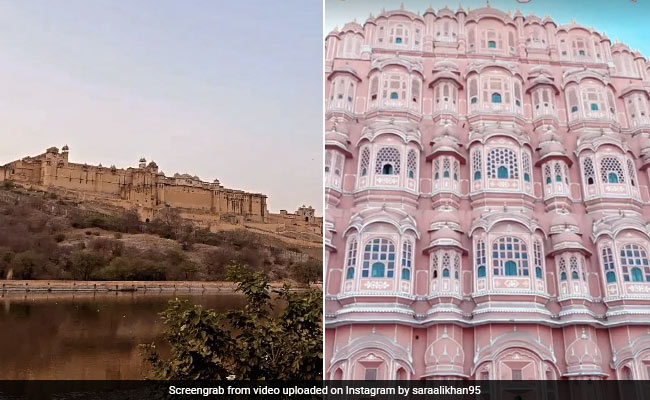 Sara Ali Khan and Amrita Singh are in Jaipur, Rajasthan these days. Sara has posted pictures of Amber Fort and Hawa Mahal in her Insta Story. On which the fans are giving a lot of reaction.
Sara Ali Khan shared a photo with her brother and mother on her mother Amrita Singh’s birthday. In this photo, all three were seen in blue outfits. Happy birthday to my world.