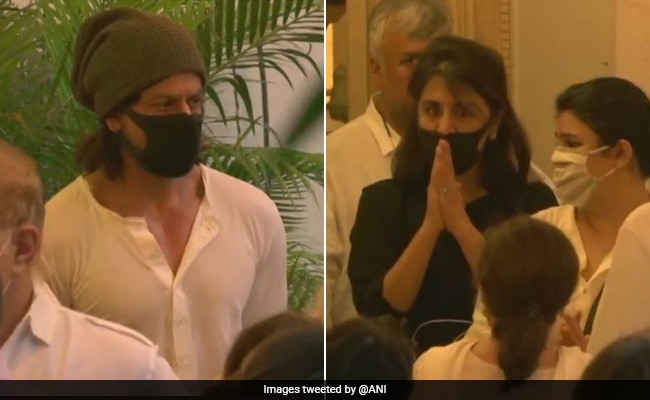 The film industry has suffered a deep setback with the sudden demise of actor Rajiv Kapoor. At the age of 58, actor Rajiv Kapoor said goodbye to the world. Let me tell you, Rajiv Kapoor Died died after the arrival of Heart Attack. After the death of the actor, the family members are deeply shocked. Due to his sudden departure, there has been mourning in Bollywood. At the same time, the funeral procession of the actor has started. His last journey saw many big stars including Shah Rukh Khan, Alia Bhatt and Chunky Pandey.

At the same time, actor Ranbir Kapoor was seen giving shoulder to the meaning of Rajiv Kapoor. The pictures have been shared by ANI on their Twitter. Many Bollywood stars are seen in the pictures. Mourning is seen inside everyone.

Rajiv Kapoor was born on August 25, 1962. Rajiv Kapoor has worked in many films like ‘Aakash’, ‘Lover Boy’, ‘Jawahar’ and ‘Hum To Chale Pardes’. But his career as an actor could not survive and films failed at the box office. Rajiv Kapoor made the film ‘Premagranth’ in 1996 as a director, while as a producer he made the film ‘Aa Ab Laut Chalen’ in 1999.