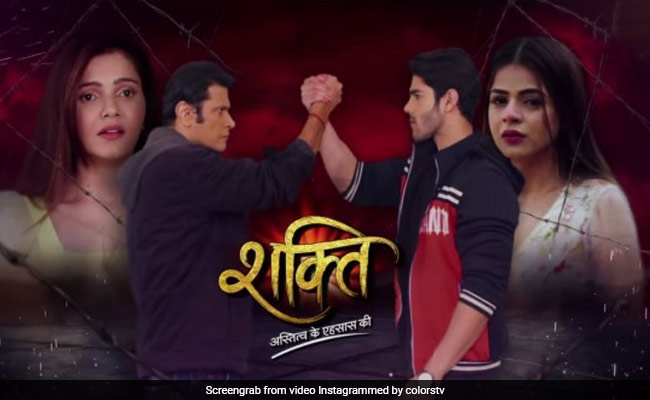 Shakti Astitva Ke Ehsaas Ki: Know what will be the turning point in the show

TV’s popular show ‘Shakti-Astitva Ke Ehsaas Ki’ has been in special headlines these days. In this show, Bigg Boss 14 Nucky Winner Rubina Dilaik (Rubina Dilaik) is seen in the lead role. At the same time, fans are getting one big twist after another in the serial. On one hand, Harman starts suspecting someone in the house. On the other hand, Mahi is ready to do anything to marry Harman. In such a situation, Harman starts playing a new game. In which they see the well being of the family members.

In tonight’s episode it will be seen that after Angel’s call, Harman will suspect that someone from the family is connected to Angel or that Angel has installed a mic and camera in their house and tries to find him. After this Harman brings a plan, he goes into the house and declares that he wants to accept Mahi as his wife. Harman says that I will marry you or else you will take my family to court. So he declares to be married soon, but Mahi does not believe this and asks him to fill sindoor in his demand in front of everyone. Harman refuses to do so and says that he will marry her following all the customs. On the other hand, Sant Bakhsh and Parmeet are arguing among themselves and meanwhile Parmeet’s call comes and he goes out. Seeing this, Virat suspects that something is wrong. Amidst all this, Harman gets a picture of his family from Angel which surprises him.

Let us know that in the serial ‘Shakti Astitva Ke Ehsaas Ki Latest Episode’, Rubina Dilaik is seen in the role of Soumya. He has made a special place in the hearts of everyone with this character. Rubina is currently quarantined in the house, her corona report has now come negative.