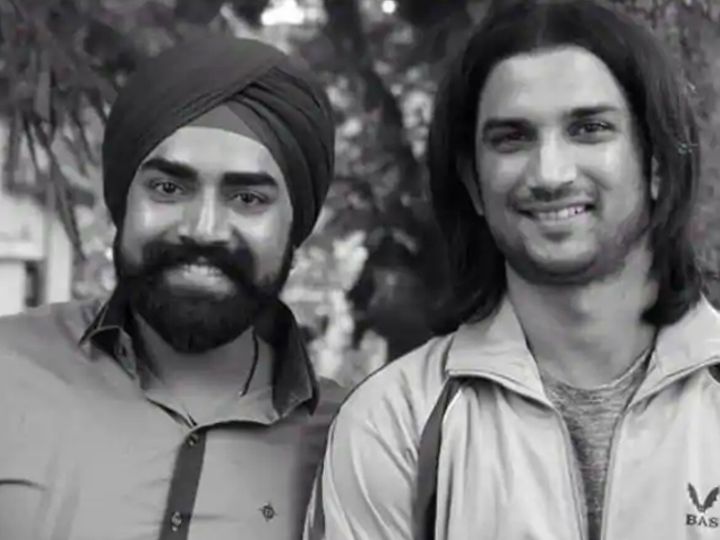 Sushant Singh Rajput starrer ‘MS Dhoni: The Untold Story’ has been shot by actor Sandeep Nahar, who played the role of Sushant Singh Rajput’s chieftain friend. On Tuesday evening, he shared a lengthy suicide note on social media. Sandeep has written in it, “Now you want to live. See a lot of happiness and sorrow in life. Every time I face the problem, but the trauma I am going through today is out of tolerance. I know That siding is cowardly. I had to live, but what is the use of living, where there is no peace and self-respect? “

Serious allegations against wife and mother-in-law
Sandeep further wrote, “My wife Kanchan Sharma and her mother Vunu Sharma, who tried not to understand. My wife is hyper nature and her personality and mine are different, which does not match at all. Everyday The morning bickering, I no longer have the power to hear it. There is no mistake of Kanchan in this. His nature is such that he feels all normal, but to me it is not normal. “

I have been in Mumbai for many years. I have seen very bad times also. But never broken. Dubing had a gym trainer, 6 people lived in a one-room kitchen, straggled but relaxed. Today I have gained a lot. But today after marriage, it is not relaxed. Life has changed completely since 2 years. I can never share these things with anyone. The world feels how well they are doing. Why they all see our social post or story. Which is all a lie. To show the world a good image. But the truth is completely different.

Sandeep wrote – We are not made at all
Sandeep has written about his wife, “We are not made at all. Kanchan has spoken about Suicide more than 100 times in 2 years. She said that she will implicate you. Look, today it has come to me that this step I have to bear. There is a fight about past. She does not respect me. She abuses me and tells my family bad things about me. Which is now out of my hearing. It is not a mistake. Because it is mind-boggling, I do not want to say anything to it after I leave. Because it will never realize its mistake. Just get it treated, so that whatever happens in my life after I leave Let it be happy. Do not give any problem to my family after I leave.

Told parents- thanks
Sandeep writes, “I want to thank my parents. Because they gave me everything I wanted. My dream of becoming an actor is fulfilled. I am what I am today because of them. I know you Everyone must be saying, why didn’t I win for them. I would have been single if I won. I know that it takes bravery to live, but for now, I just apologize to my parents. For every moment when I gave their heart Grieved. I came here to make him feel proud and wanted to do something for him by becoming something. But my one mistake marriage changed my life. There is no longer a desire to live.

Every stress can be endured
With regard to money, every stress can be faced with work. But this woman’s collection is not tolerated. Mumbai gave me a lot of work, I want to thank this Maya city too. But there is also a lot of politics in Bollywood. Just by giving you expectations, you consume your time and later remove it from the project. After all that too. People here are also very practical. No emotion, just live the false life of appearances. It was a good time, when there were raw houses, people used to love. Everyone seemed their own. Nowadays, everyone seems alien even after being his own. Living alone in a crowd is also an art.

Police proceedings will be monitored
The actor repeatedly said in his post that nothing should be said to my wife, she is just sick and has said many things about her wife. Overall, it is clear from the actor’s post that he was very upset with the family collection. The actor was mentally disturbed due to his wife and due to which he has taken a big step. Now it has to be seen that after Sandeep’s death, the police question his wife like that.