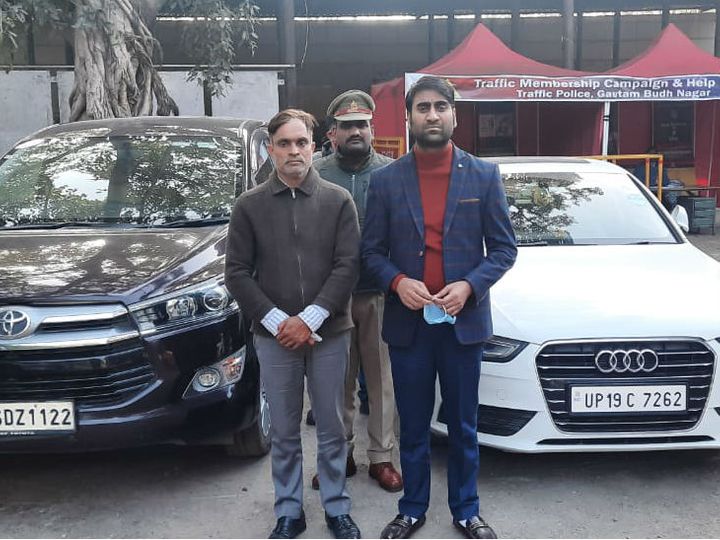 The police have sent both the arrested fraudsters to jail.

In Noida, Uttar Pradesh, police have arrested Mohit Aggarwal, accused of the Ringing Bell mobile scam and another, on charges of cheating crores in the name of dry fruit. The accused this time along with his partner was thwarting the city’s wholesalers. Both the accused have cheated crores of rupees by buying fruits and spices from the wholesalers. Police station Sector 58 on Monday arrested both the accused in the same case.

Additional Commissioner of Police (Law and Order) Luv Kumar said that Rohit Mohan, who sells wholesale fruits and spices, filed his complaint on December 24 in police station Sector-58. Rohit had said that in Sector-62 some people opened a company called ‘Dry Fruits Hub’. The accused bought fruits and spices worth millions of rupees from Rohit by paying 40 percent. Rohit said that the company paid 40 percent in advance. The remaining 60 per cent was paid through check. The victim alleges that the company’s check bounced. When the victim reached the company’s office to inquire about this, no one was found there.

Love Kumar said that the accused have also cheated a dozen other traders in the name of buying nuts and spices. All of them have filed a police complaint. In these cases of cheating, Mohit Goyal and Omprakash Jangid were arrested on the basis of an information on Monday. Police have recovered fake documents, two luxury cars and many other things from them. During interrogation, the accused have so far admitted to cheating 50 people in the name of buying dry fruits and spices.

Accused Goyal earlier used to run a company named Ringing Bell in Sector-63. He had cheated crores of rupees by starting a plan to give smartphones in the country for 251 rupees. Later a case of cheating was filed against him and he went to jail. After he was released from prison, he re-opened a company and started cheating people. Police is taking legal action against both the accused.