Touching appeal for Azam in Rampur: The woman supporter wrote a letter to the President for release, saying – why accused of rape Baba Ram Rahim can get bail, why not Azam 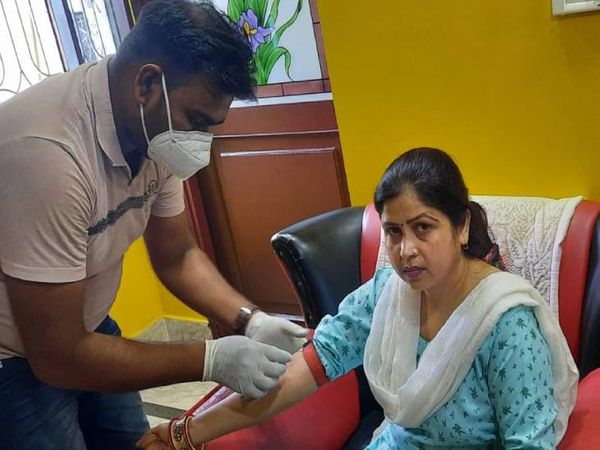 Letters in blood for Azam’s release

A supporter has sent a letter to the President with a poignant plea for the release of Azam Khan, the Samajwadi Party (SP) strongman and Rampur MP. Azam Khan, who is lodged in Sitapur Jail, is being treated at Medanta Hospital in Lucknow due to corona infection. At the same time, supporters in his parliamentary constituency are praying for somewhere, some non-Muslims are praying for release by keeping fast for them, then they are sacrificed by offering sacrifices for them so that Azam Khan can be released from jail.

Now in this episode, Neha Raj, wife of Advocate Vicky Raj, a supporter of Azam Khan, has written to President Ramnath Kovind with his blood, demanding Azam’s release. Neha said that even though SP MPs are innocent, they are in jail since February 26, 2020 in fake cases.

In fact, since last May 9, due to Corona being active, he is admitted to Medanta Hospital in Lucknow, where his condition is said to be very serious.

Rapist Baba Ram Rahim can get bail, so why not Azam

Written in the letter “Your Excellency. Along with being the President of the country, you are also the guardian of 135 crore countrymen and the hopes of all the countrymen are attached to you. We live in a country where a rapist Baba Ram Rahim gets bail. At the same time, Azam Khan, who builds temples of education, universities, childrens schools, medical colleges, is still in jail. There is no scope for partiality with anyone in the Indian constitution, then why political hatred with Azam Khan is adopting a full-hearted attitude. Why Azam Khan cannot get release. “

Neha Raj wrote that she is writing a letter from her own blood with the hope that she will do justice to Azam. She pleads with the entire Dalit community that President Mohammad Azam Khan will be pleased to pass the order of release.

Mirzapur case: The car of the groom going to the wedding unbalanced and fell into the canal, was removed after much effort.