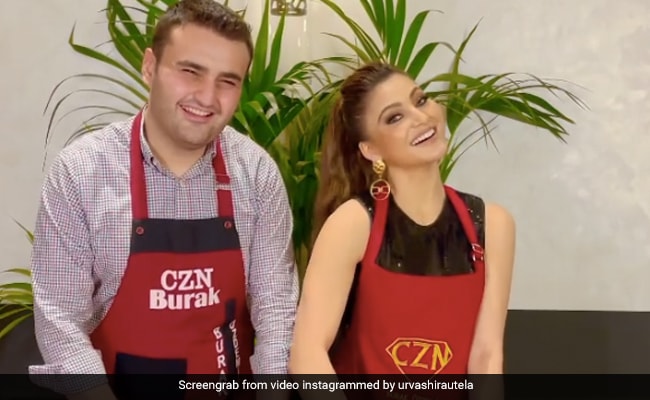 Urvashi Rautela shared the video and wrote: “Thank you for cutting 10 kilos of onions on my birthday. You can only do this @cznburak. One day I’m gonna make love cry.” Urvashi Rautela can be seen in this video that she is seen taking the challenge of cutting onions with the person. His expressions in the video are also amazing. The popularity of the video is that so far it has been viewed more than 7 lakh times in an hour.

Fans are giving a lot of reaction on this video of Urvashi Rautela. Please tell that Urvashi Rautela is busy shooting for Mohan Bhardwaj’s ‘Black Rose’ these days. This will be his first bilingual film, which is based on the famous writer Shakespeare’s play ‘The Merchant of Venice’. Earlier, his film ‘Virgin Bhanupriya’ has been released on the OTT platform. Urvashi Rautela’s new video song ‘Woh Chand Kaun Se Laaogi’ was also released recently. She was seen opposite TV star Mohsin Khan in this song. Urvashi Rautela made her Bollywood debut with Sunny Deol. His first film was ‘Singh Saheb the Great’.