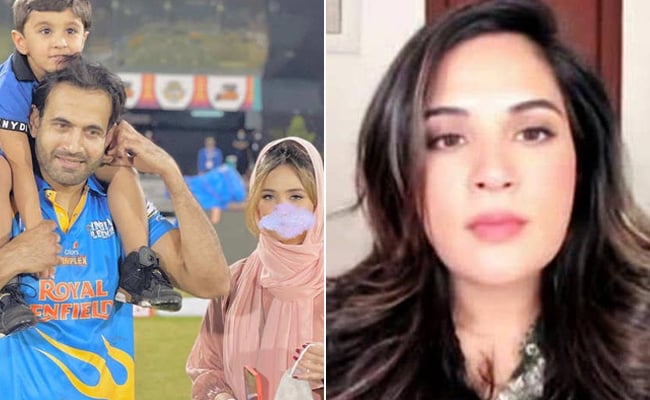 Cricketer Irfan Pathan is facing criticism from fans on social media over the picture of his wife Safa Baig. However, when the wife shared the photo, she defended herself and said that she is not their owner. Let me tell you, the wife of Irfan Pathan wife shared a photo from her son’s account, in which he blurred his face, with which people started trolling Irfan. Actually, whenever Irfan Pathan shares his picture with his wife, his wife’s face is never seen in those pictures.

The wife of Irfan Pathan Wife Photo is often masked by Safa Baig or she covers her face with her hands. In such a situation, people started criticizing Irrfan Khan that because of his small thinking his wife had to do so. To which he gave his clarification, the cricketer tweeted, “This picture has been posted by my queen (wife) from my son’s account.” We are getting a lot of hate for the picture. Let me post this picture here as well. My wife has blurred her face in this picture of her own free will. And yes, I am not his boss, I am his partner ”.

Bollywood actress Richa Chadha has also come out in support of him, retweeting this tweet of Irfan Pathan Tweet. Richa Chadha has retweeted Irfan’s tweet and wrote – Lovely family. After this comment from the actress, social media users are also expressing their opinion. One user has written, “I would have said lovely family if sister-in-law would have shown her beautiful face”.