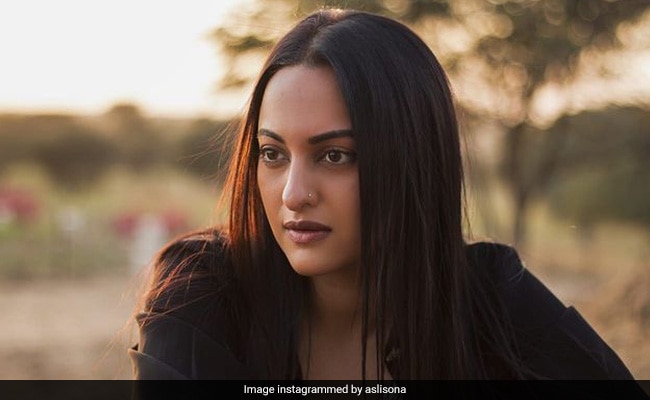 Sonakshi Sinha, famous in the name of Dabang Girl in Bollywood, is celebrating her 34th birthday today. Sonakshi Sinha, born on June 2, 1987 in Patna, has been winning the hearts of fans continuously with her films. Please tell that Sonakshi is the daughter of Shatrughan Sinha and Poonam Sinha. From 2010, he made a great debut in the industry with the film ‘Dabangg’. Sonakshi Sinha was in special discussions about her Dabangg style. Sonakshi is one such actress who remained in the headlines even before she stepped into the film world. Today on this special day of his, know some of his interesting secrets..

Sonakshi Sinha, while sharing a childhood story during an interview in Kareena Kapoor’s popular show What Women Want, said that the family has seen the film background since childhood. She wondered how good it must have been to be in the limelight. She further said that ‘I remember when I was in class 6th or 7th, my father (Shatrughan Sinha) became a minister. A lot changed after that. Whenever I went anywhere, security and gunners would accompany me. When I went to school, he would follow me. Everyone in the school used to see that what is happening after all? All these things scared me. I had thought that if this continues, I will drop out of school. I went home and told all this to my mother. After that I felt a sense of freedom. Along with this, she says that after finishing schooling, I chose college far away from home so that I can travel by train and feel my freedom.

Talking about Sonakshi Sinha’s work, she has completed shooting for her upcoming digital debut with filmmaker Zoya Akhtar. Apart from this, she is going to be seen with Ajay Devgan in the drama action film ‘Bhuj: The Prime of India’. Abhishek Dudhaiya is directing this film. The film is based on true historical events.

When Harshali Malhotra laughed, this person asked the question, the actress got furious, said – my mouth is … watch video